The Tulamakh regiment ceremony in Shishavan Ajabshir village is a ritual in the framework of commemorating the 72 faithful friends of Imam Hussein (AS) and the blazing sun of Karbala plain. According to this ritual, on the nights of Tasua and Ashura of Hosseini in Shishavan village, dozens of fiery "flakes" (torches) are rotated in the dark space of the night and overcome the darkness of these sad nights. One of the 9 Ashura religions of East Azerbaijan has been nationally registered. The "Polkeh Tulamakh" religious ceremony is one of the most unique mourning rituals of Hosseini in the country, and "Polkeh" is the name of a kind of fireball made of cloth, which is tied with a wire and burned after lubricating it with oil. On the night of Ashura, the people of Shishavan village light a fire in memory of Imam Hussein (AS) and the uprising of that Imam. 'Buyuk Polke' (big torch) is held. In this ritual, a big main torch is lit in the center of the square and in front of the main mosque of the village so that people gather around it and the mourners go one by one under this torch and two people They also follow them, one of whom has a bucket of water with him, and the other takes the water out of the bucket and pours it on the fire to cool him; After lighting the main torch, other small torches belonging to the neighborhoods are brought to the main square by the mourners in front of the mosque. The mourners light these torches with long chains in their hands, and light the main torch with fire. The mourners turn their heads. The firefighting of the residents of Shishavan village is considered by many to be a sign of the burning of Imam Hussein (AS) tents on the night of Ashura. , Decorating the horse of Imam Hussein (AS) and the funeral of Imam Hussein (AS) and Hazrat Abolfazl (AS) are other traditional mourning rituals of Muharram in Shishawan village of Ajabshir city. 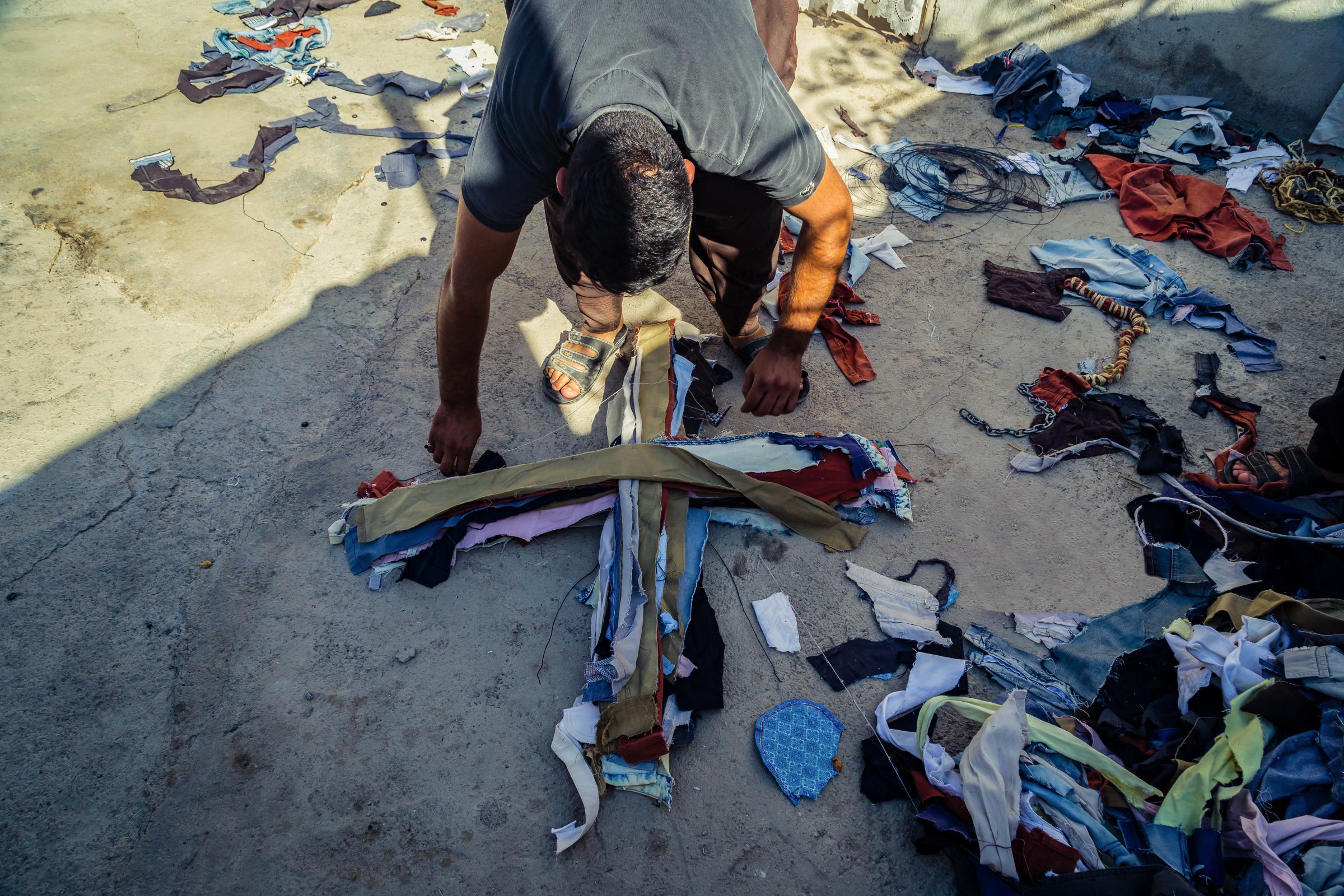 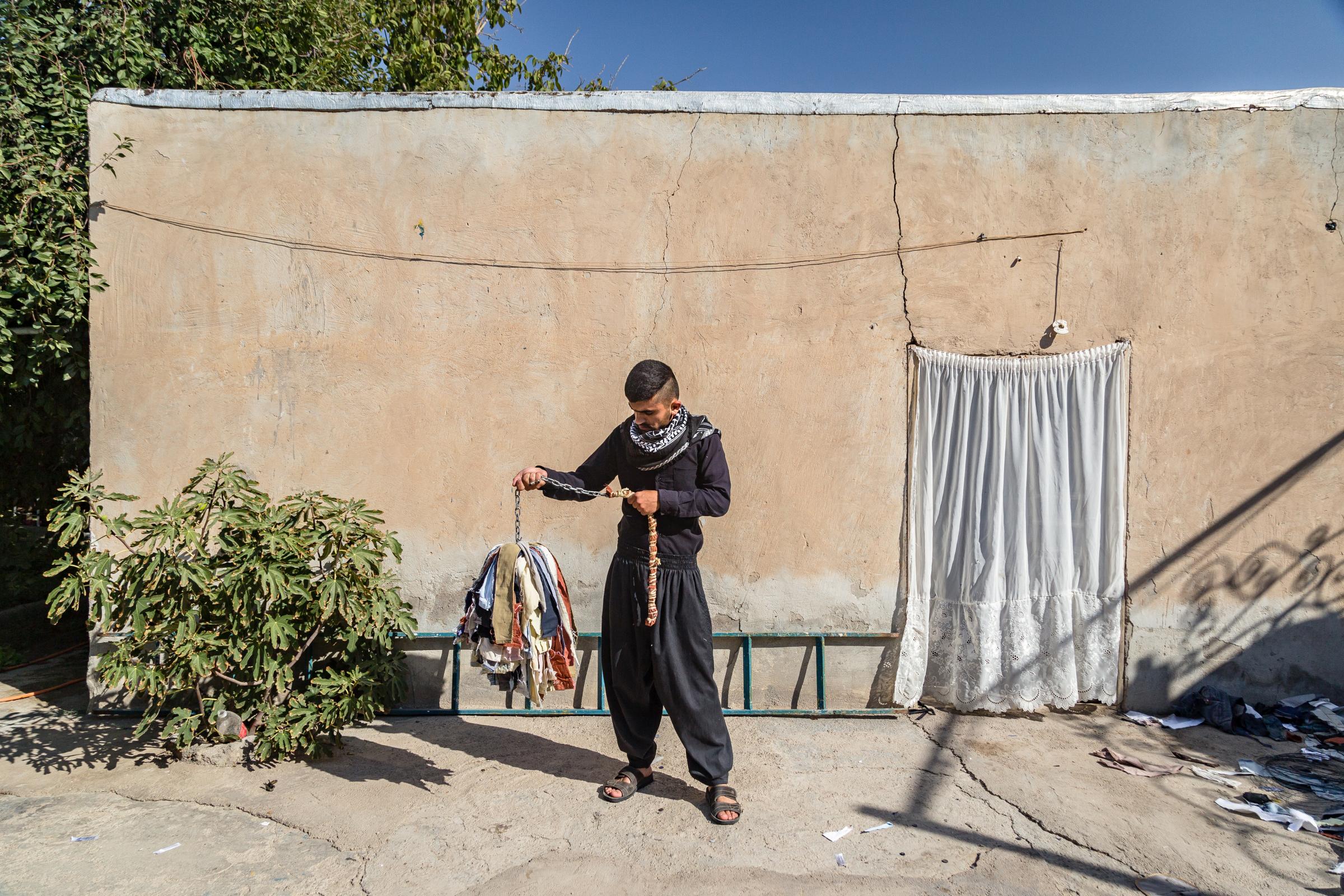 Every year on the eighth day of Muharram, which is a month of mourning for Muslims and especially Iranians, Muhammad and his cousins collect old and useless cloths and turn them into balls in a special way. . This ball is called a polka dot. 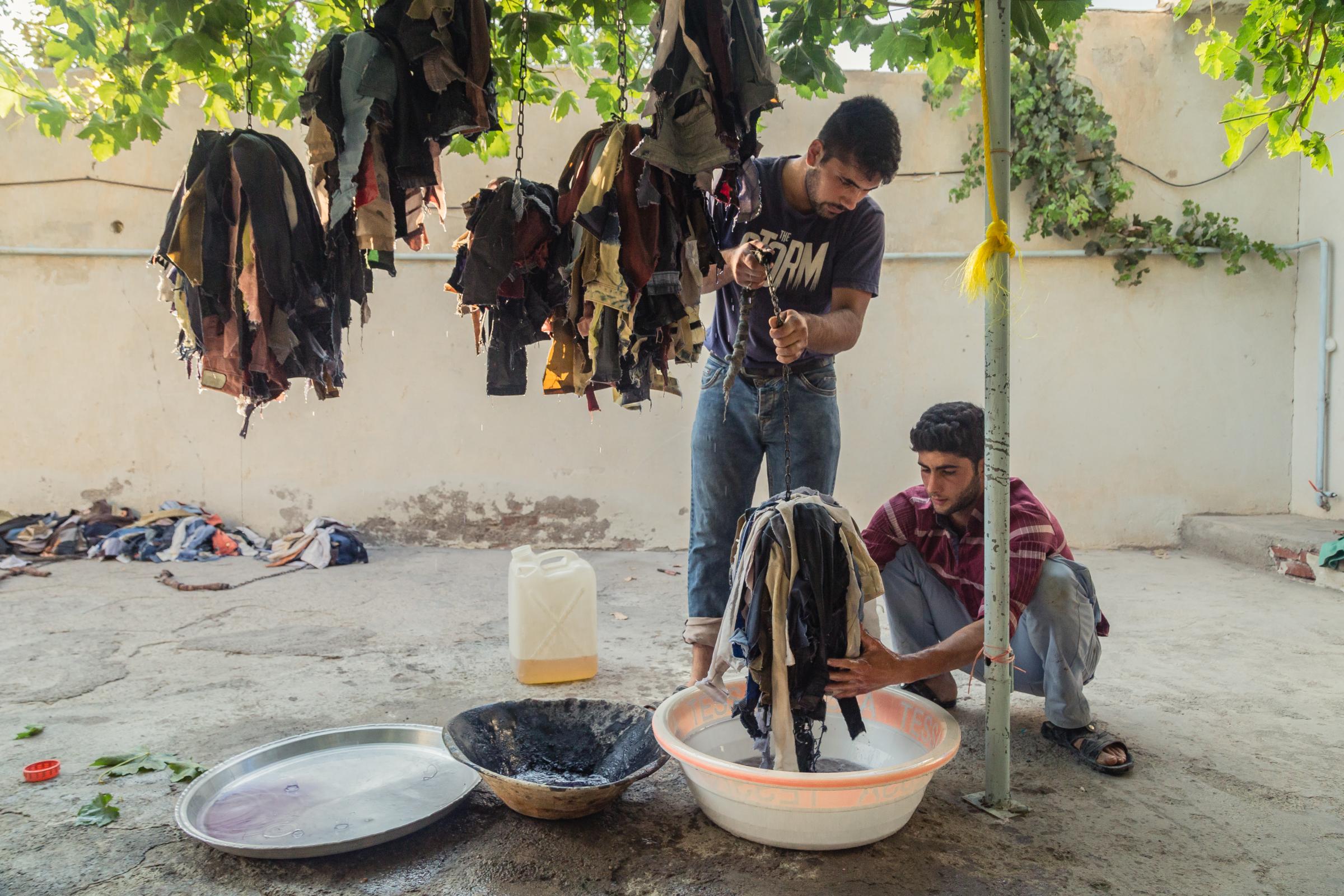 The scales are tested after closing so that they do not open suddenly in the middle of the ceremony. 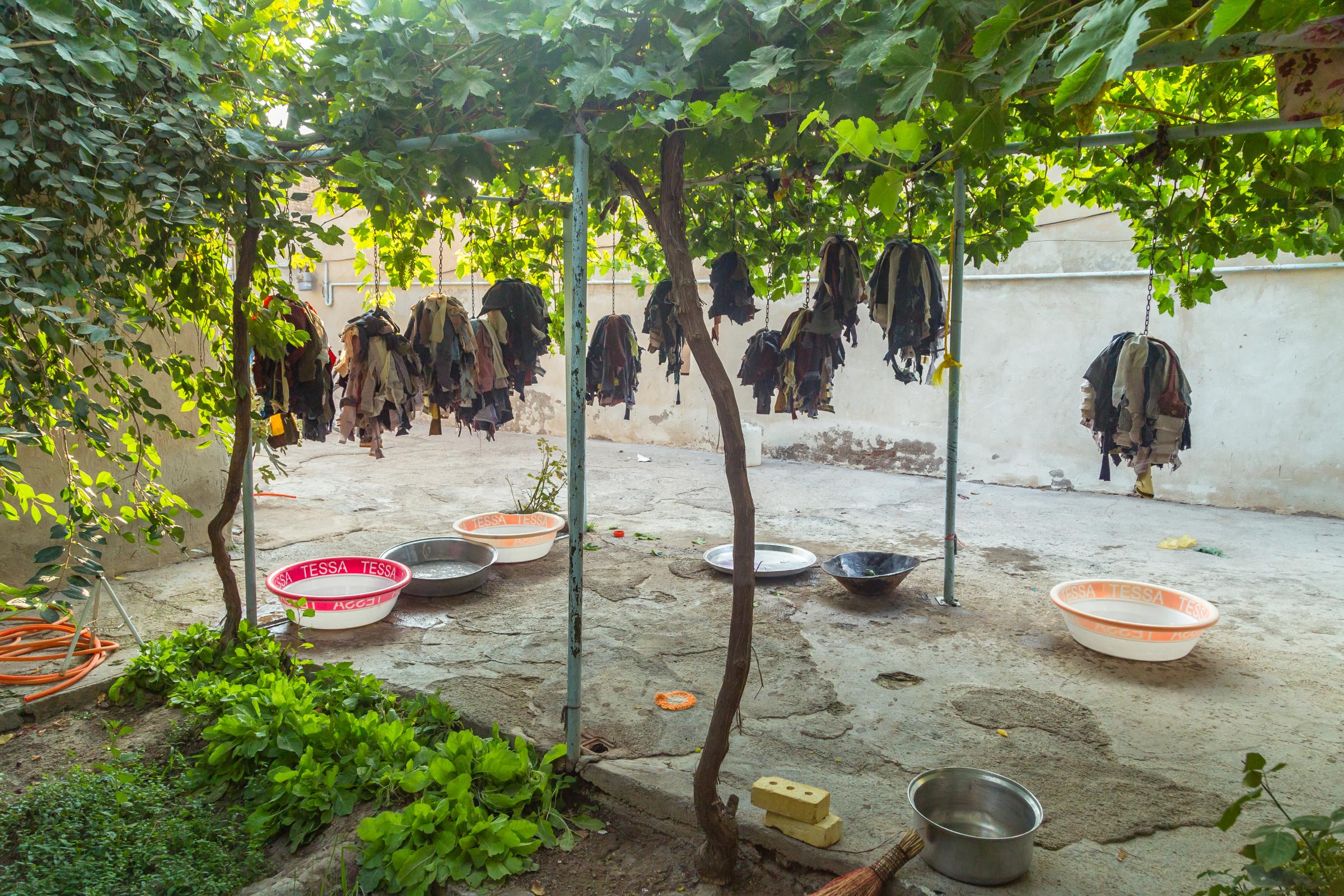 The scales are hanging in the yard of Mohammad's house to dry completely. In Shishawan village, residents often do this in their separate houses. 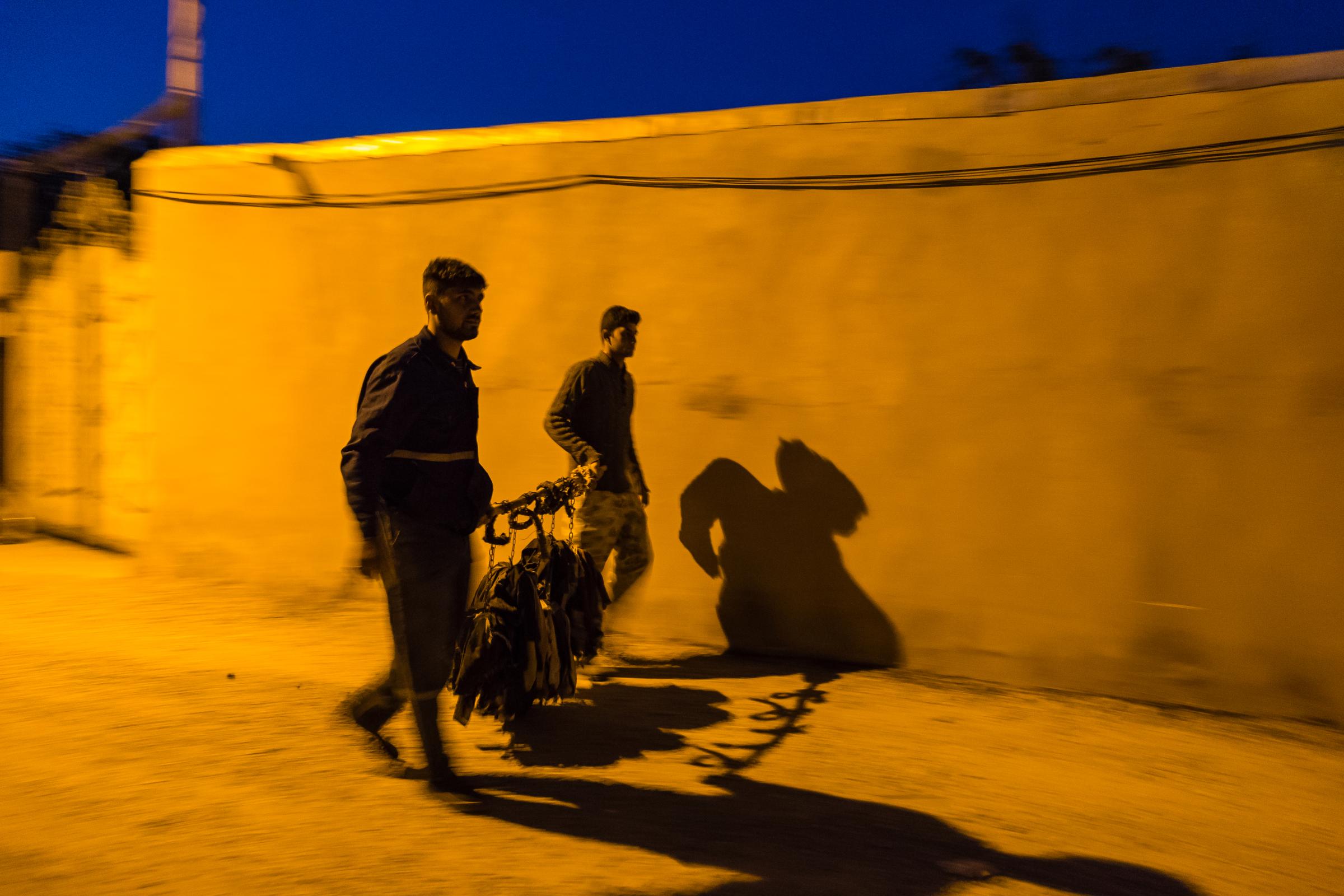 On the night of the ninth of Muharram, at sunset, Mohammad, with the help of his friend, takes the scales to the village square. 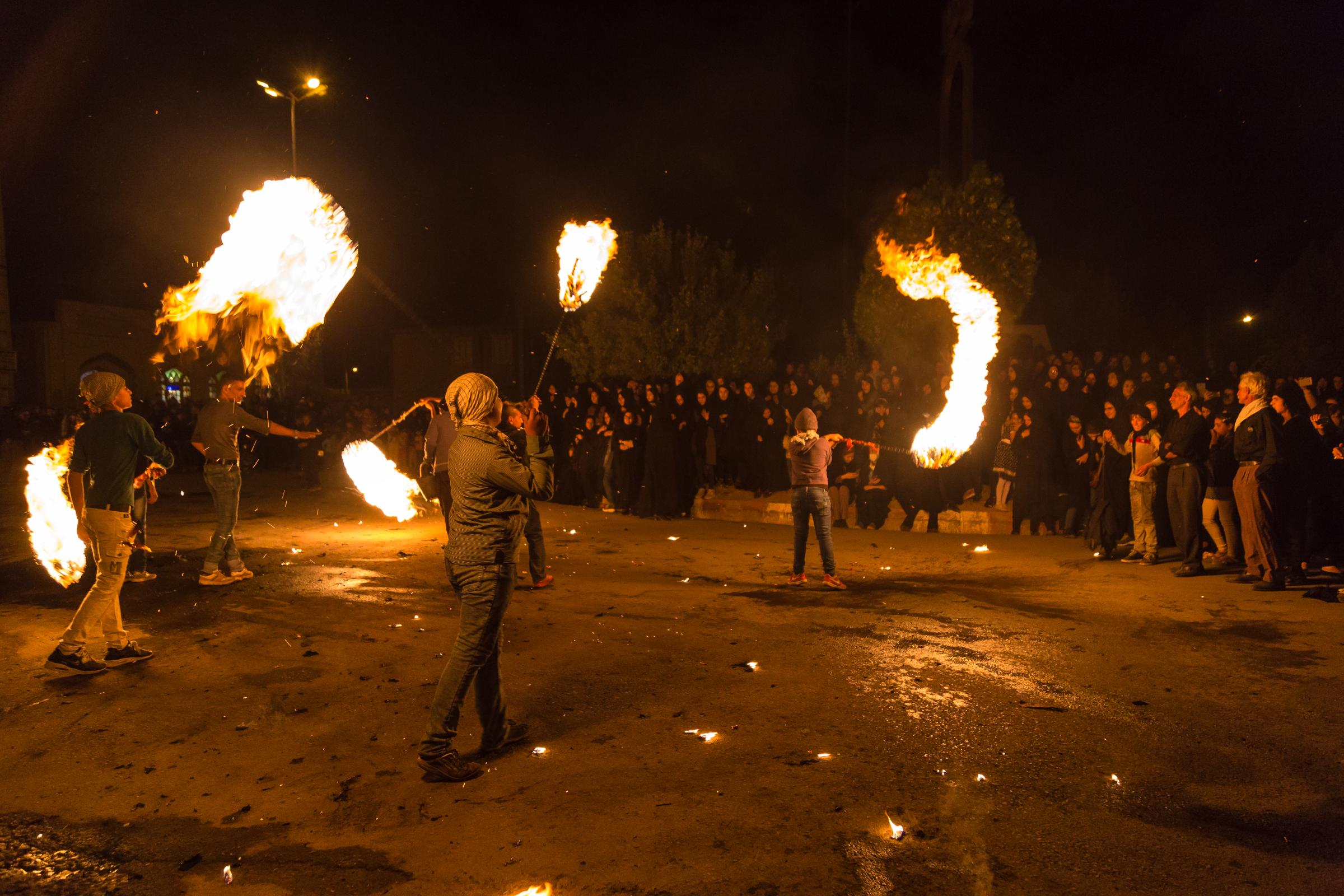 On the ninth night, the children first start spinning the sequins and small sequins are used until the middle of the ceremony. 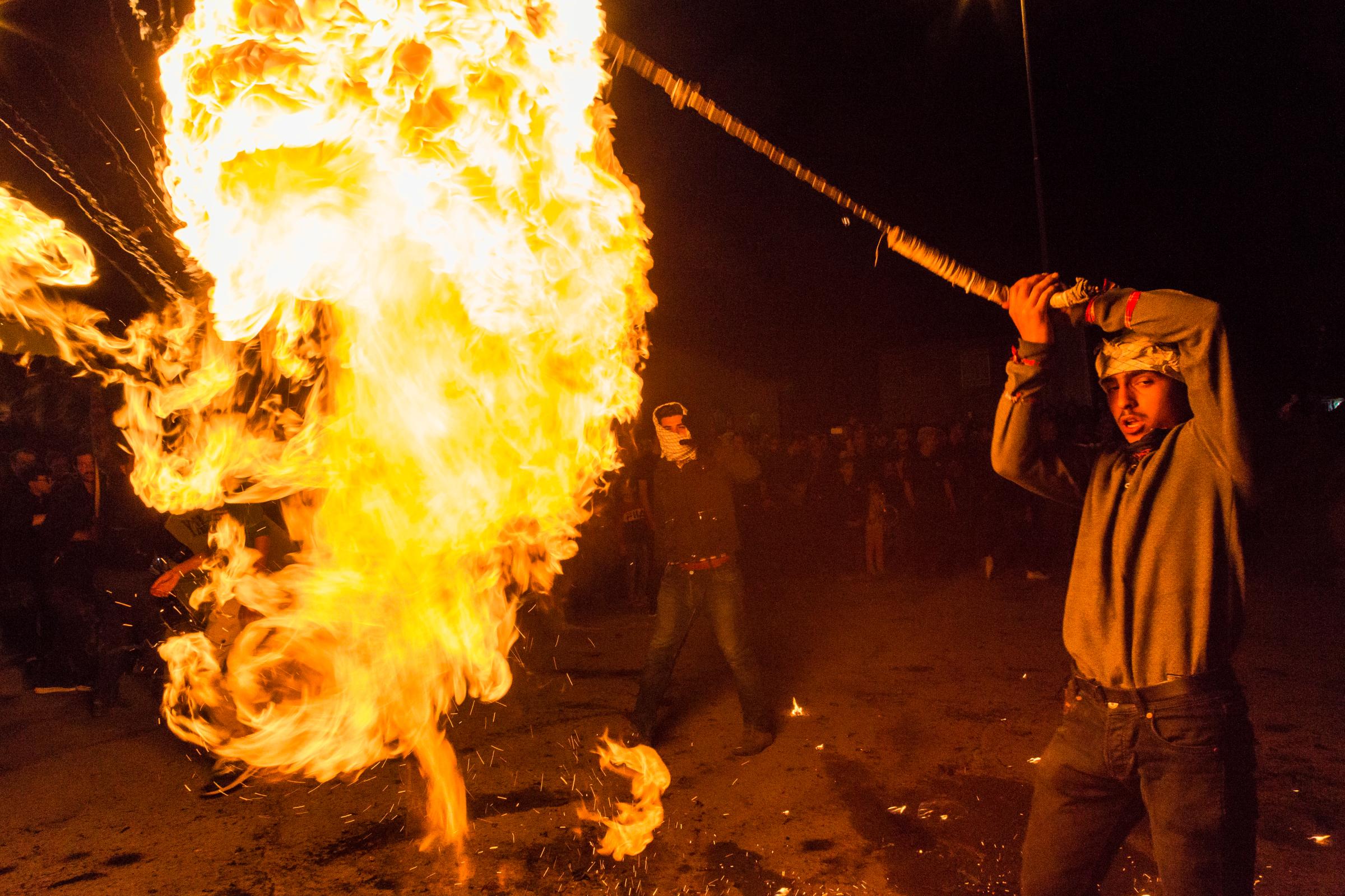 At the end of the ninth night, relatively large scales are brought to the square and the mourners turn these scales, which are heavy and require special abilities, around the people. 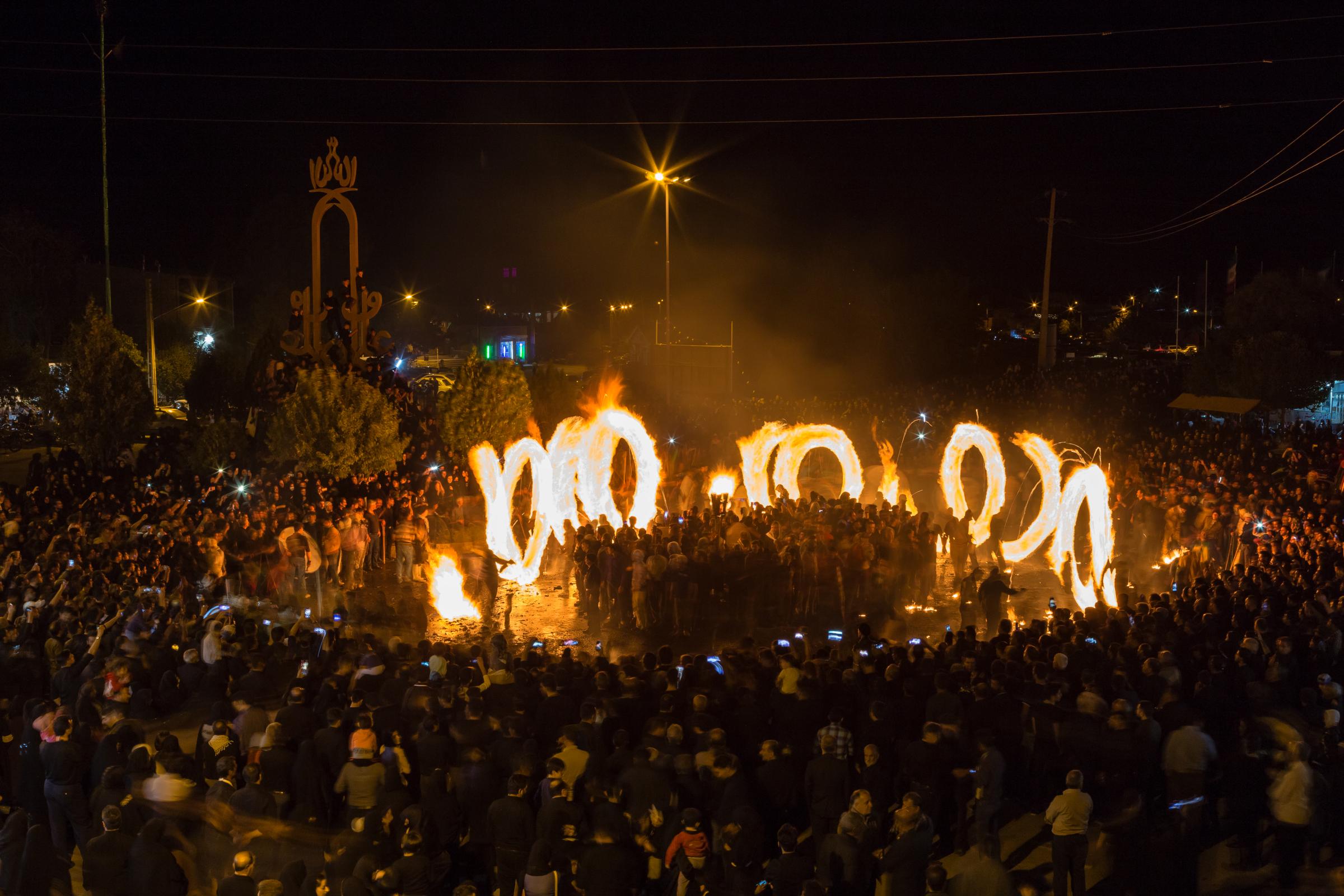 The mourning ceremony is held in the prayer square of Shishavan village and many mourners from all over the country come to this village to participate in this ceremony. 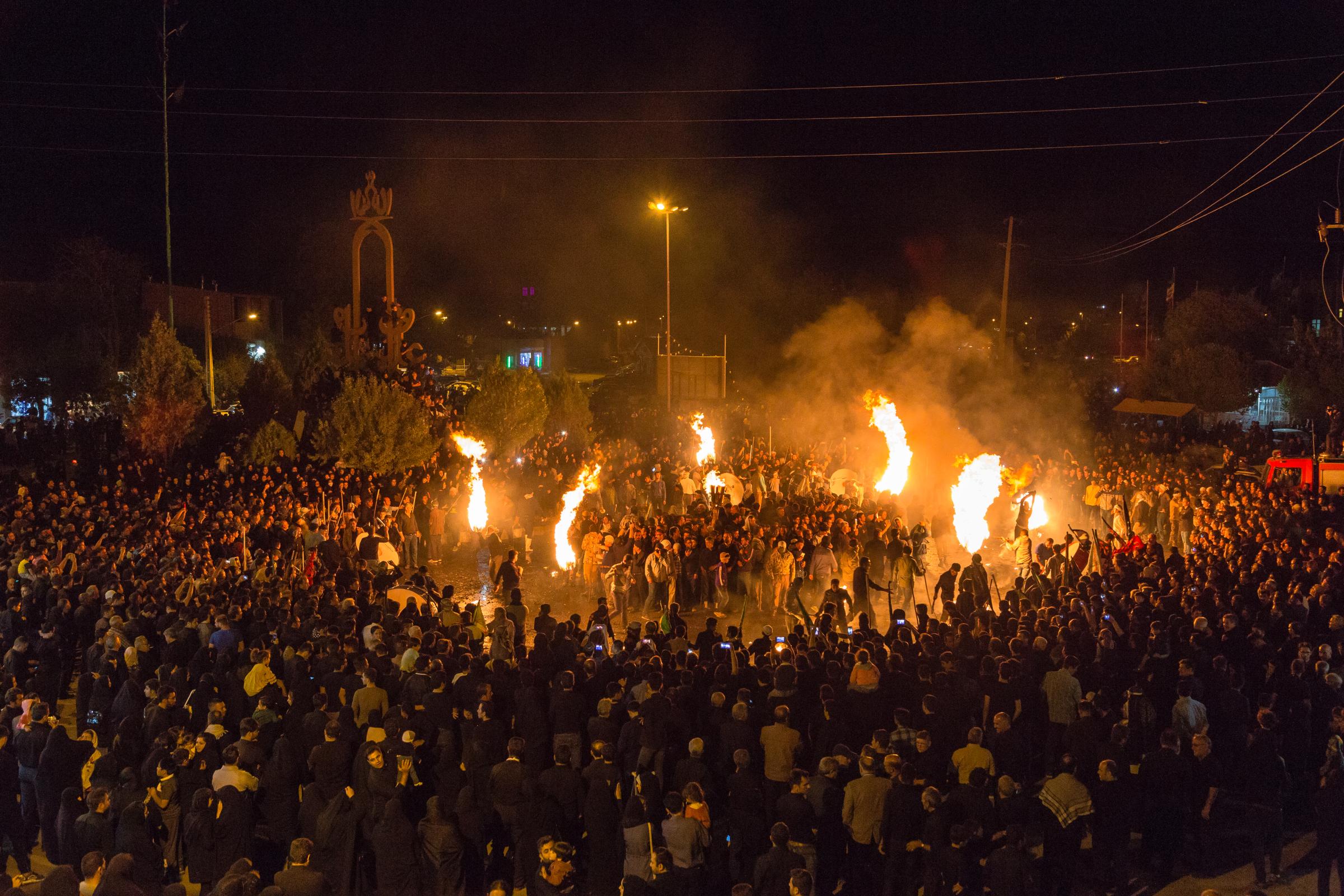 On the tenth night of Muharram, large scales are brought to the square. In this ceremony, a big lighter is held in the middle of the people, around which the revolvers revolve. 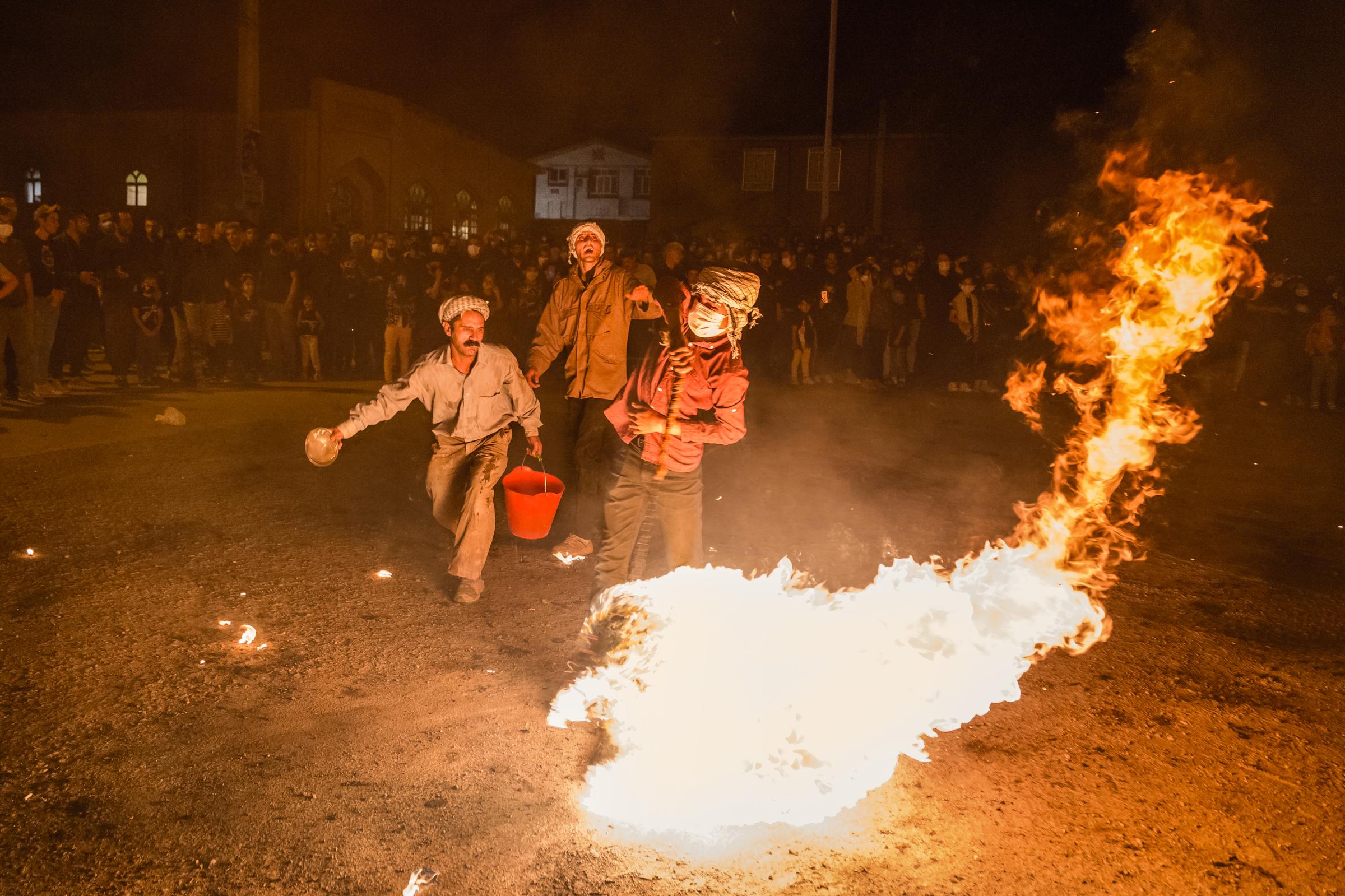 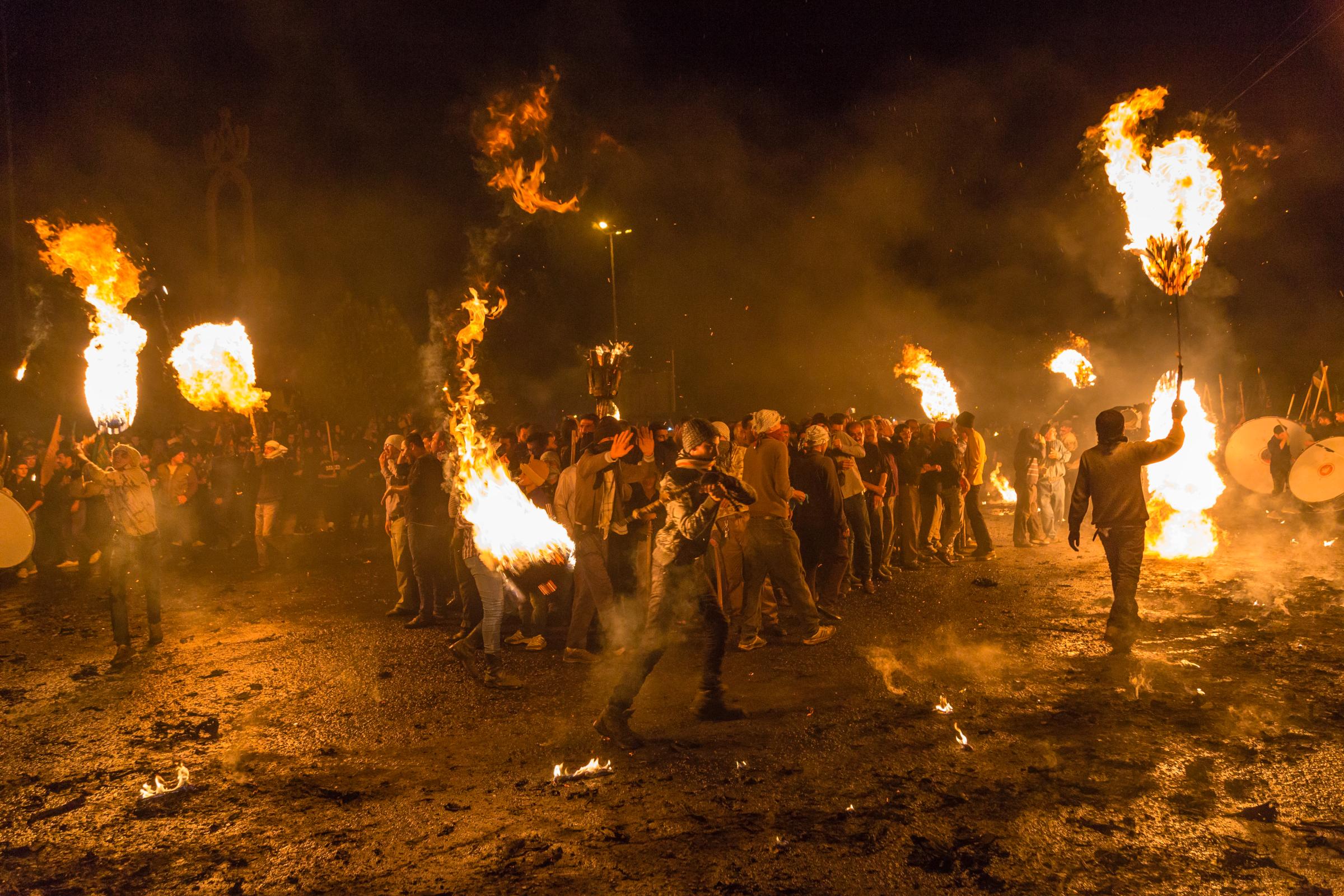 Children also participate in this ceremony. Due to the excessive heat, they covered their faces and soaked them with water. 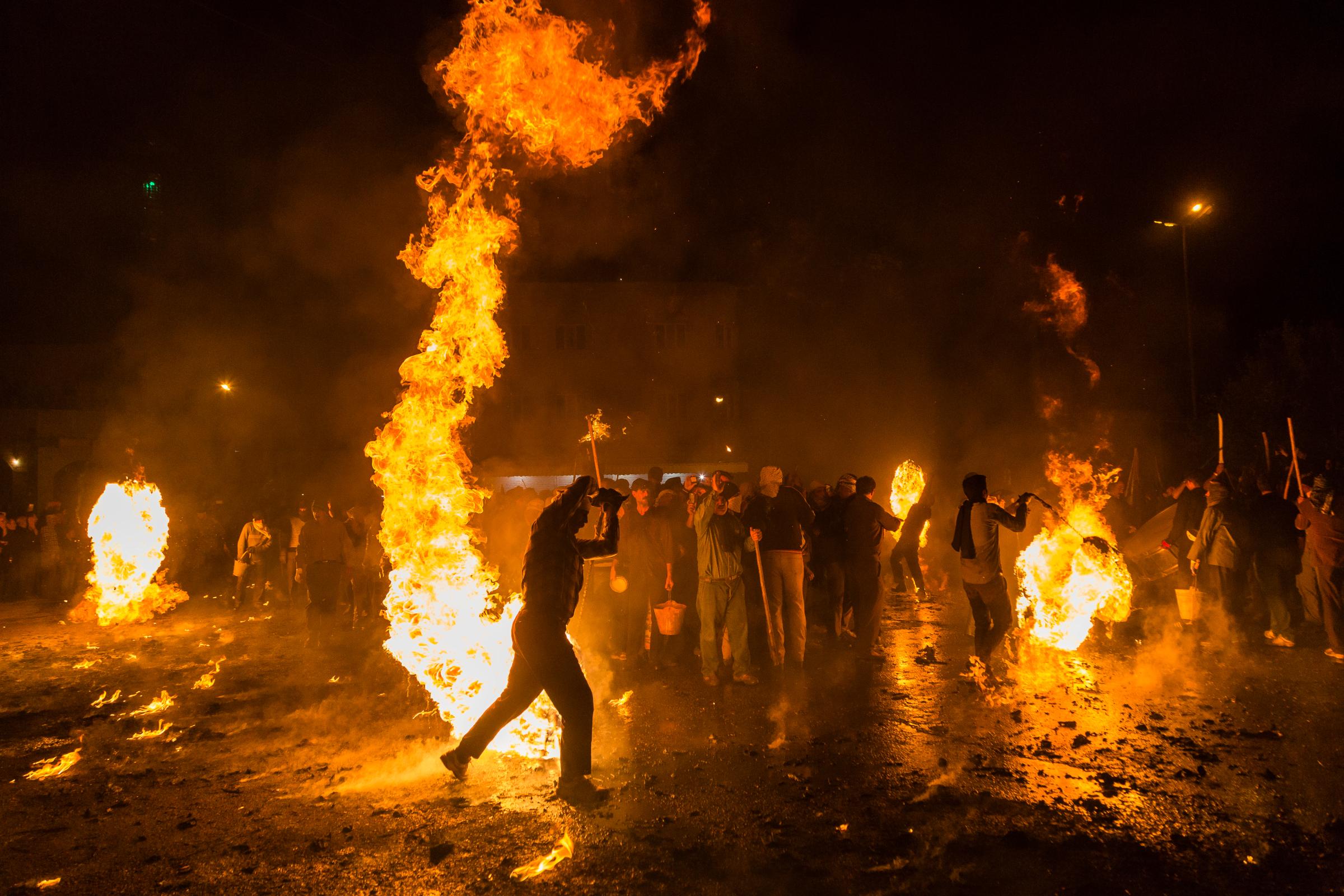 A man is spinning a large pole. People holding buckets play an important role in this ceremony. They are constantly spraying flakes on the legs and body with buckets of water; If this is done too late, the person may burn. 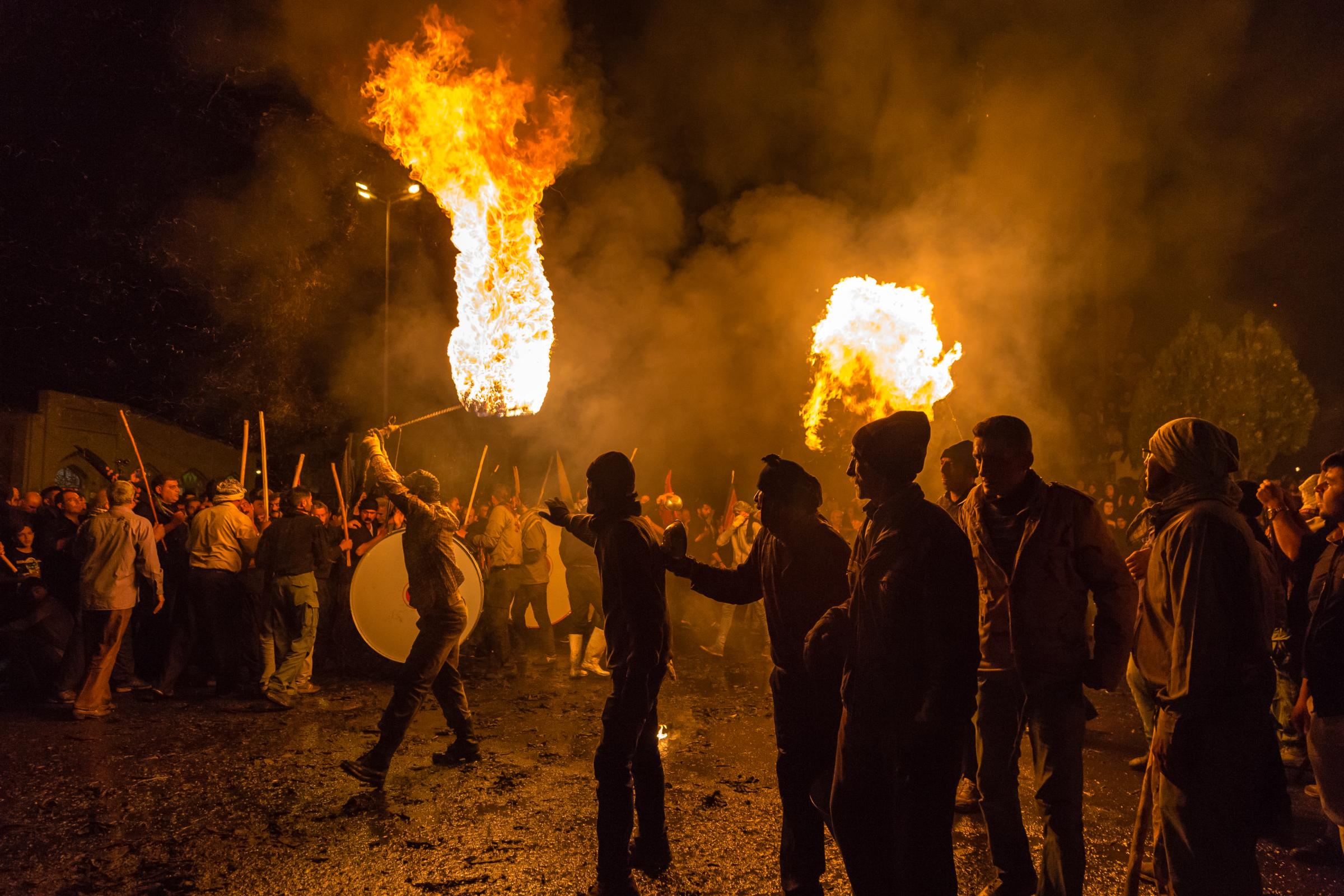 Next to this ceremony, the religious committee of the village is beating the people around the chest. They practice their ancient tradition using drums and swords. 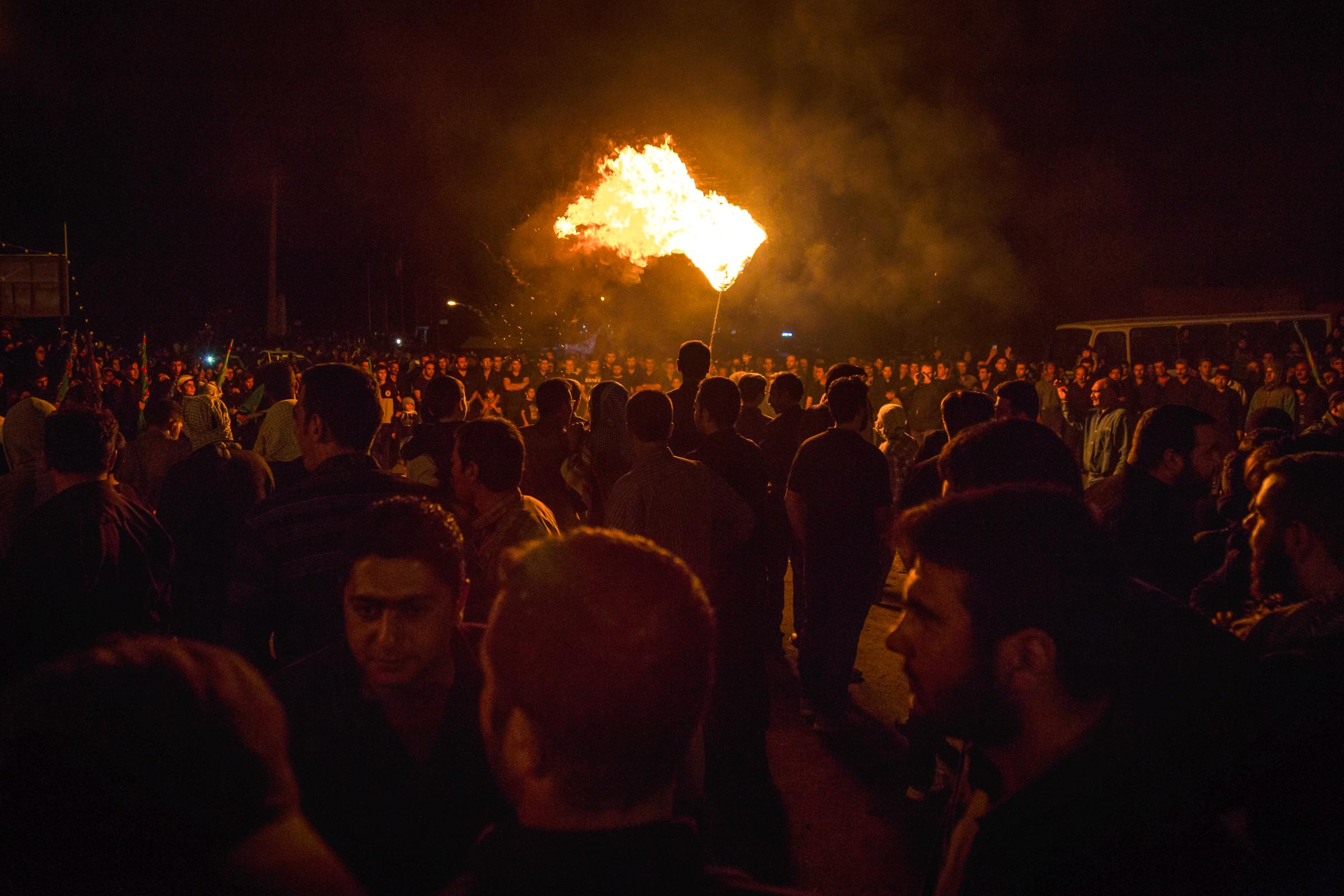 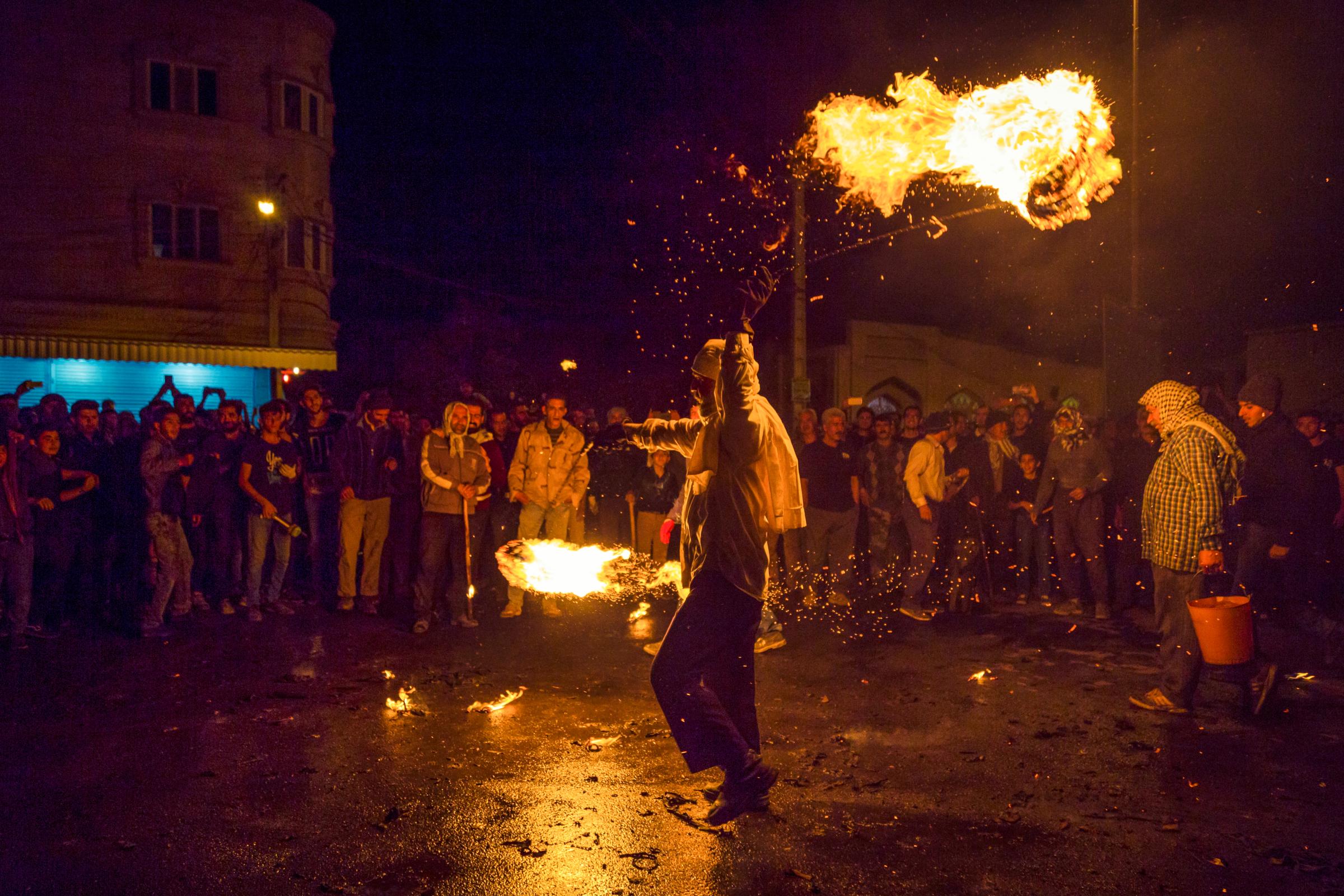 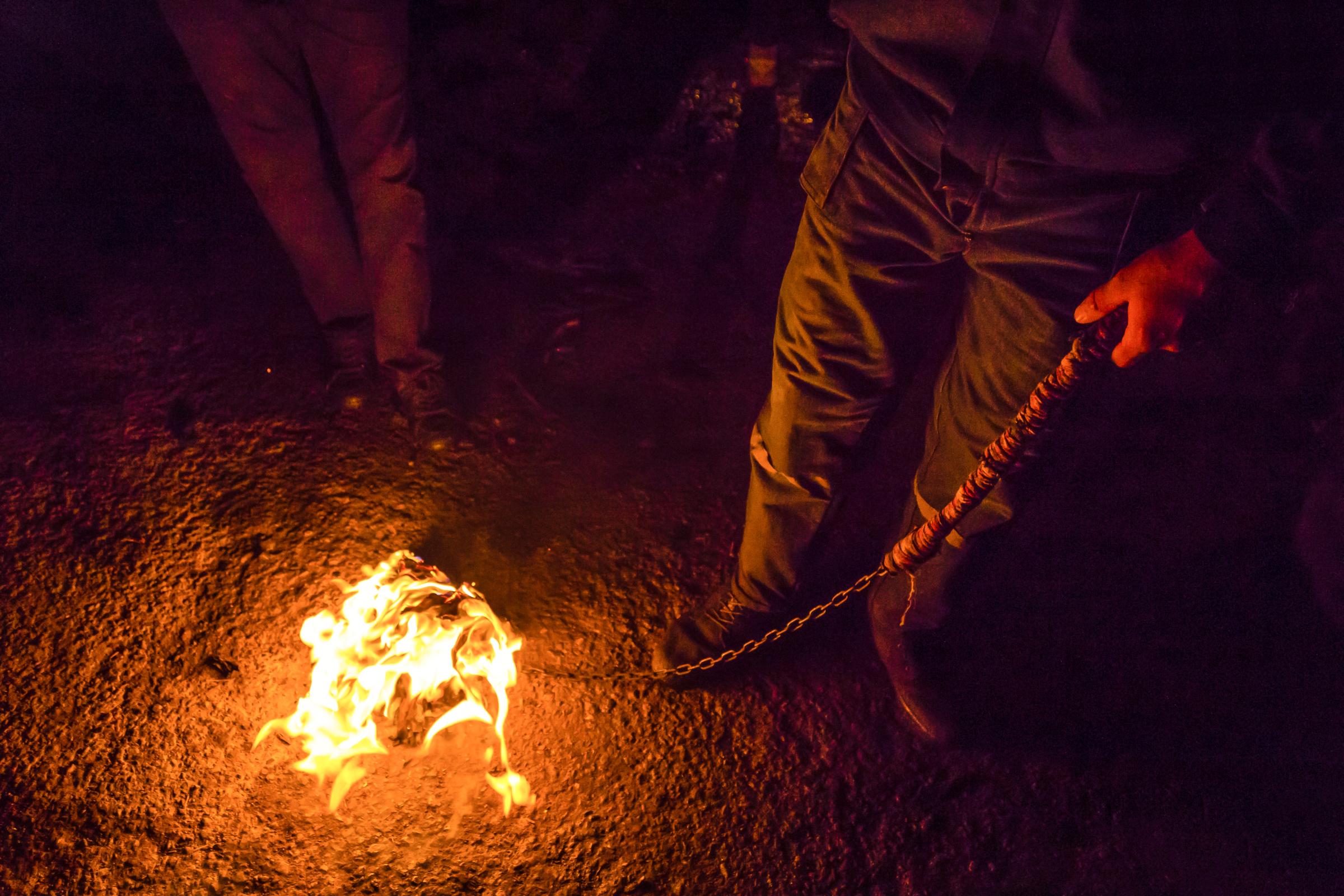 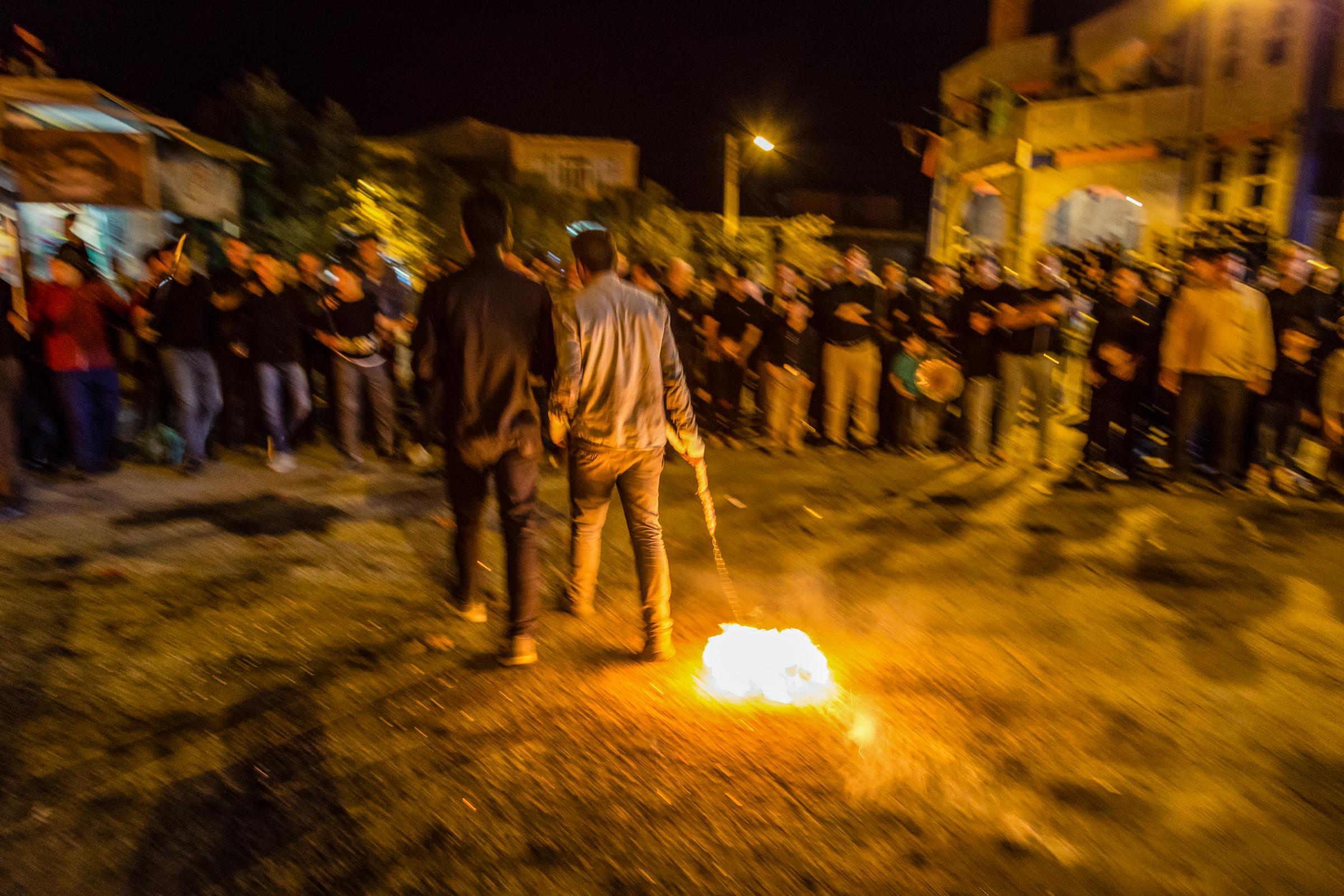