​A few months ago, a report of a new and dangerous disease in China that was broadcast on television caught my attention.

I thought to myself, what conditions might occur if this disease enters Iran?

In Tabriz, which is the largest city in the northwest of the country and the third largest city in Iran, the fear of contracting this disease was quite evident among the people and it took the lives of many people. Furthermore, the disease imposed difficult economic conditions for the people.

All organizations had risen to fight the disease. Every night, the municipality and the fire brigade washed the public fleet of the city and disinfected it.

On February 27, 2018, Corona arrived in Tabriz. Emergency operations had escalated. The city was still crowded and the people were shopping for the ancient holiday of Nowruz. There was a commotion in the hospitals as if it were a war. Most troops left the ward and treated corona patients. The lack of medicine had intensively annoyed doctors and nurses. The nurses had to endure isolated clothing for 24 hours to avoid infection. Some nurses had not seen their families for months and were away from their children and spouses.

Although the arrival of the Nowruz and the holidays, people quarantine their homes. There was silence everywhere. Shopping malls, parks, offices, etc. were closed everywhere. However, the people were not passive during this period; Some tried to end the disease by producing masks and clothes, and some by disinfecting the city, or helping the underprivileged. Meanwhile, the issue of burying the dead people of this mysterious disease has created a new challenge.

Due to the order of the Supreme Leader of Iran on the necessity of observing the religious principles in different stages of burial, for the first time in the city of Tabriz, which has one of the largest monasteries in the country, the dead people were proceeded to be buried in Block 65 (let's write here: the burial place of the corona deceased), through the hygienic protocols.

A colorless death without the presence of the family of the deceased who were watching from afar. Volunteer religious students who were wearing clothes other than their own and performed religious rites for the deceased, disinfectants that changed the atmosphere of Block 65 like a strange stage, and a colorless storm which was the result of colorless death. Together, they created an apocalyptic atmosphere. It was there that "death" took on new and more suspended meanings for me; that the man, despite all the great progress, is still weak and fragile.

In this series, I wanted to risk taking pictures of events that not everyone was aware of, so that people could face the facts, follow the health tips, and stay home to help eradicate the virus. . On the other hand, I considered it necessary to work with other photographers in the world on contemporary history so that the future would be aware of our sleep and wakefulness.​ 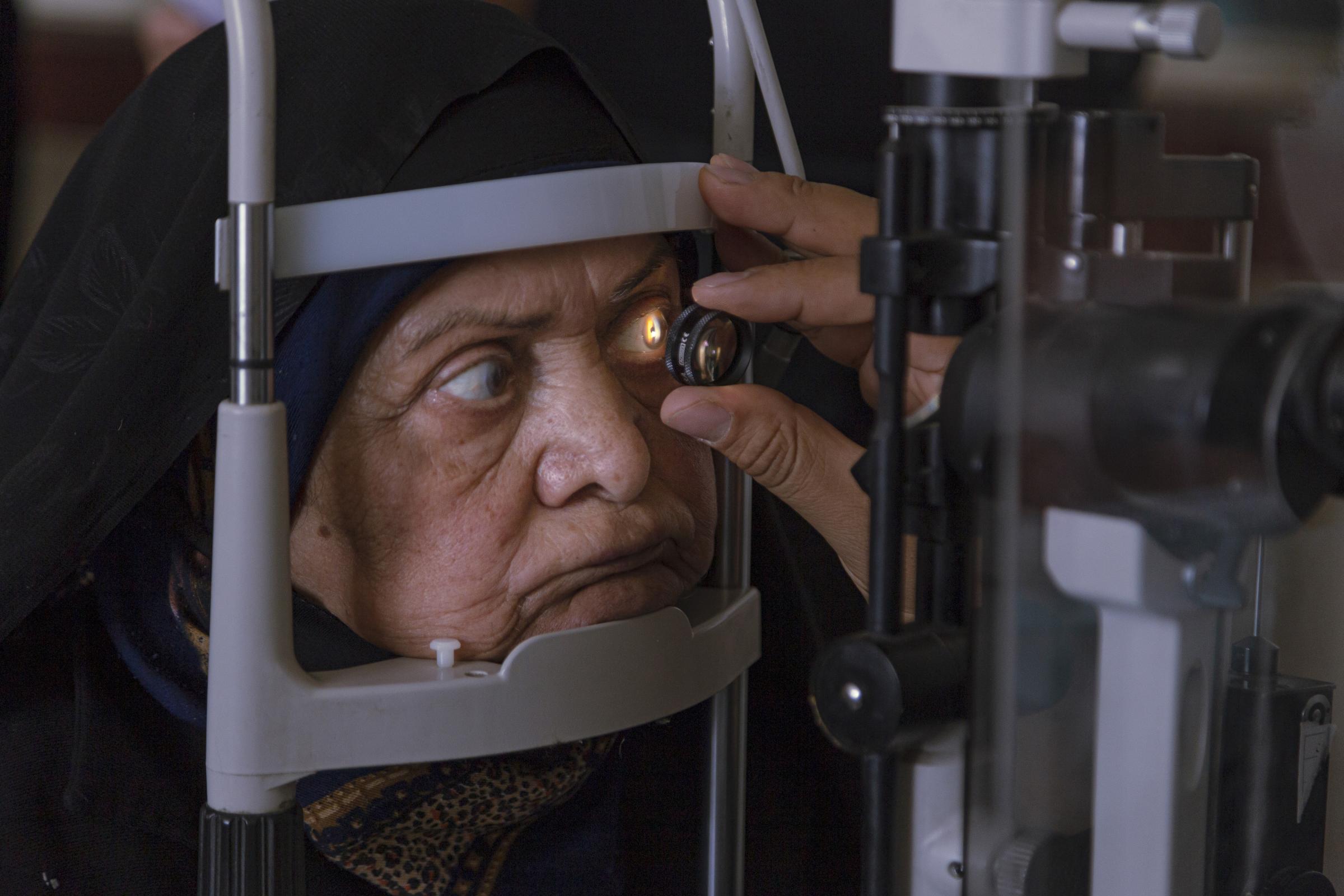 During a trip to the deprived city of Varzeqan, Dr. Ghaffarzadeh examines the eyes of the people of that area. They suffer from eye problems due to the weather and the existence of the stone quarry. He brings them to Tabriz and operates on them for free. 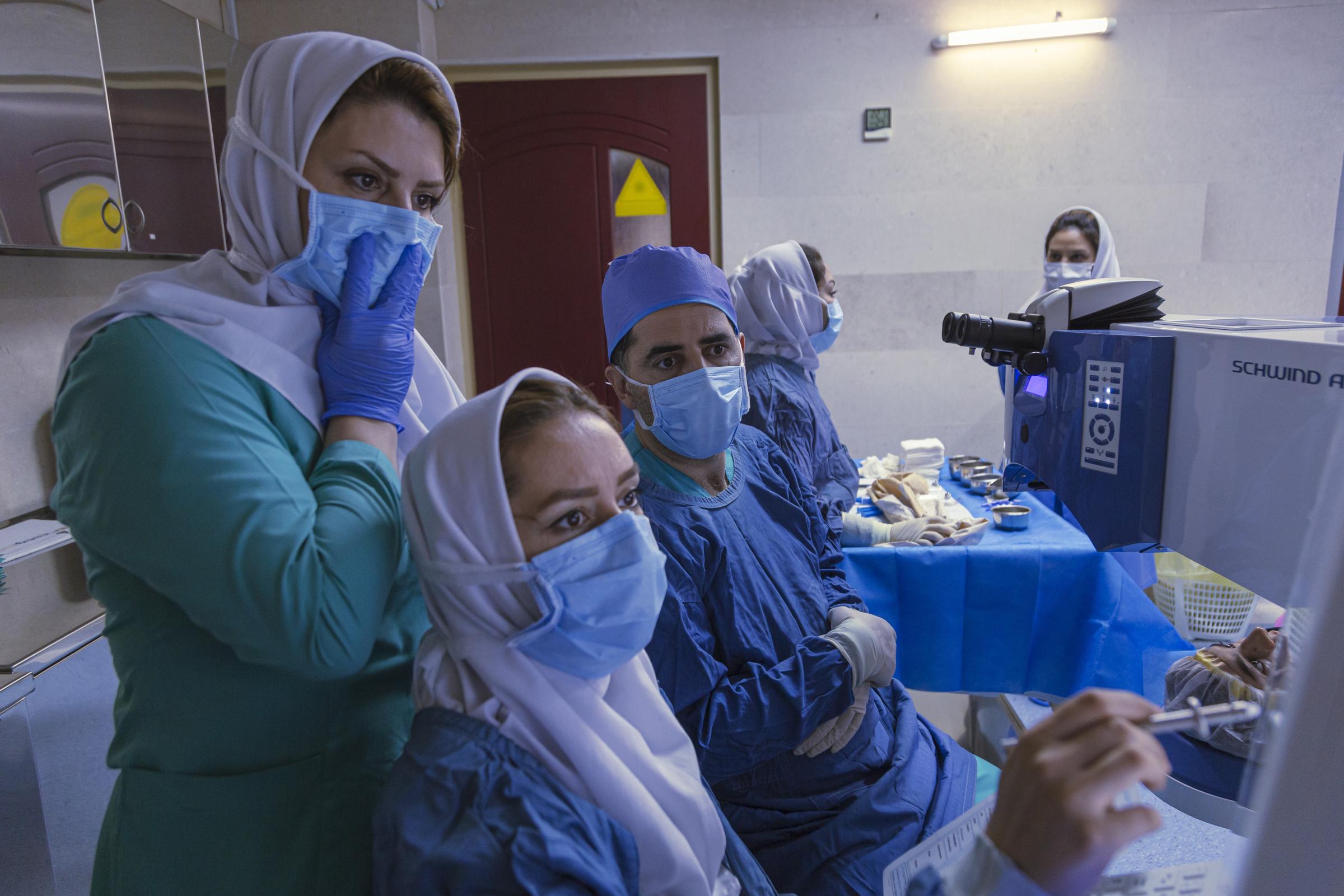 ​The doctor is operating on LASIK. He also gives the necessary training to his assistants during the surgery.​ 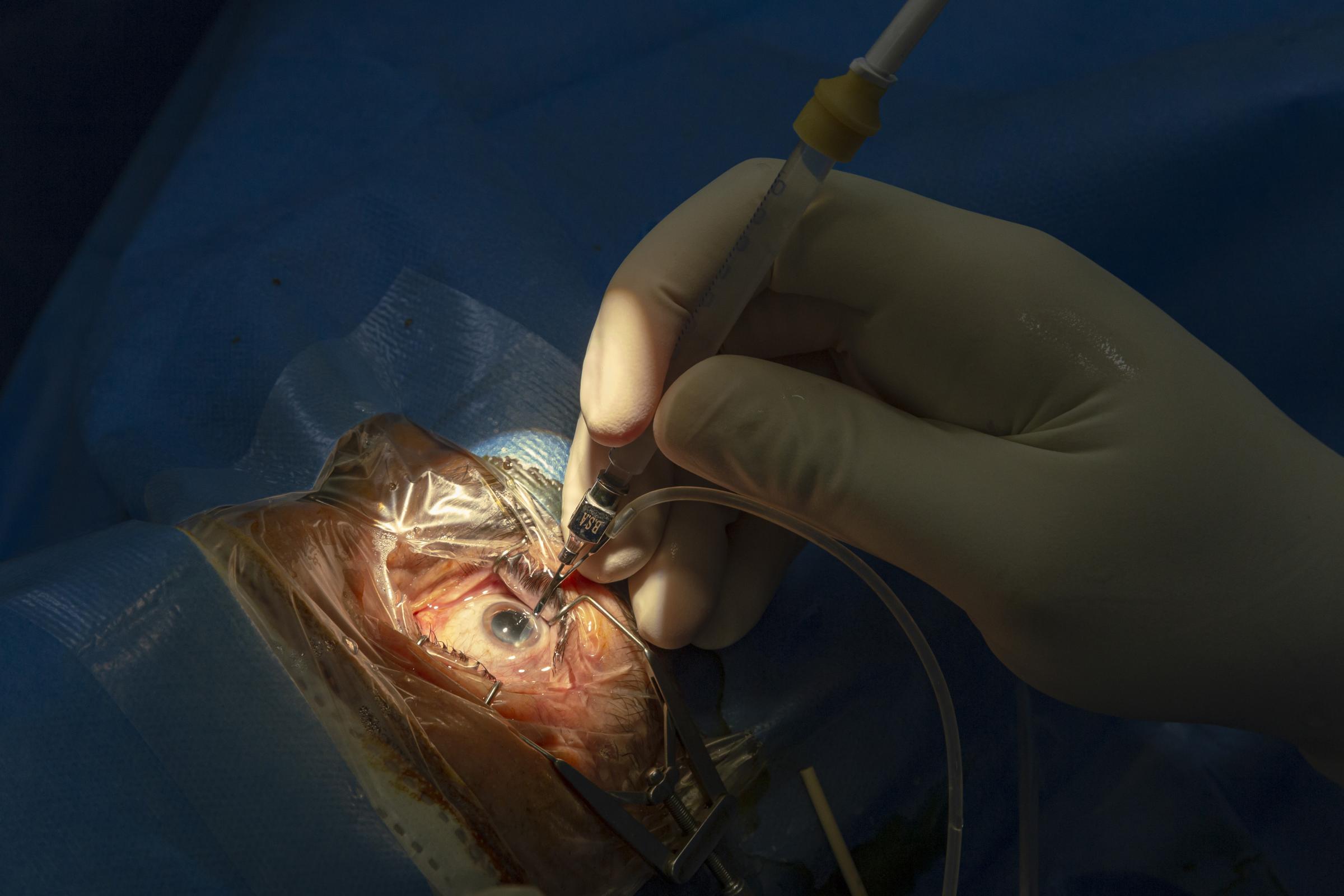 Human eye cataract surgery. The doctor performs his operations without anesthesia. He talks to his patients during the operation. 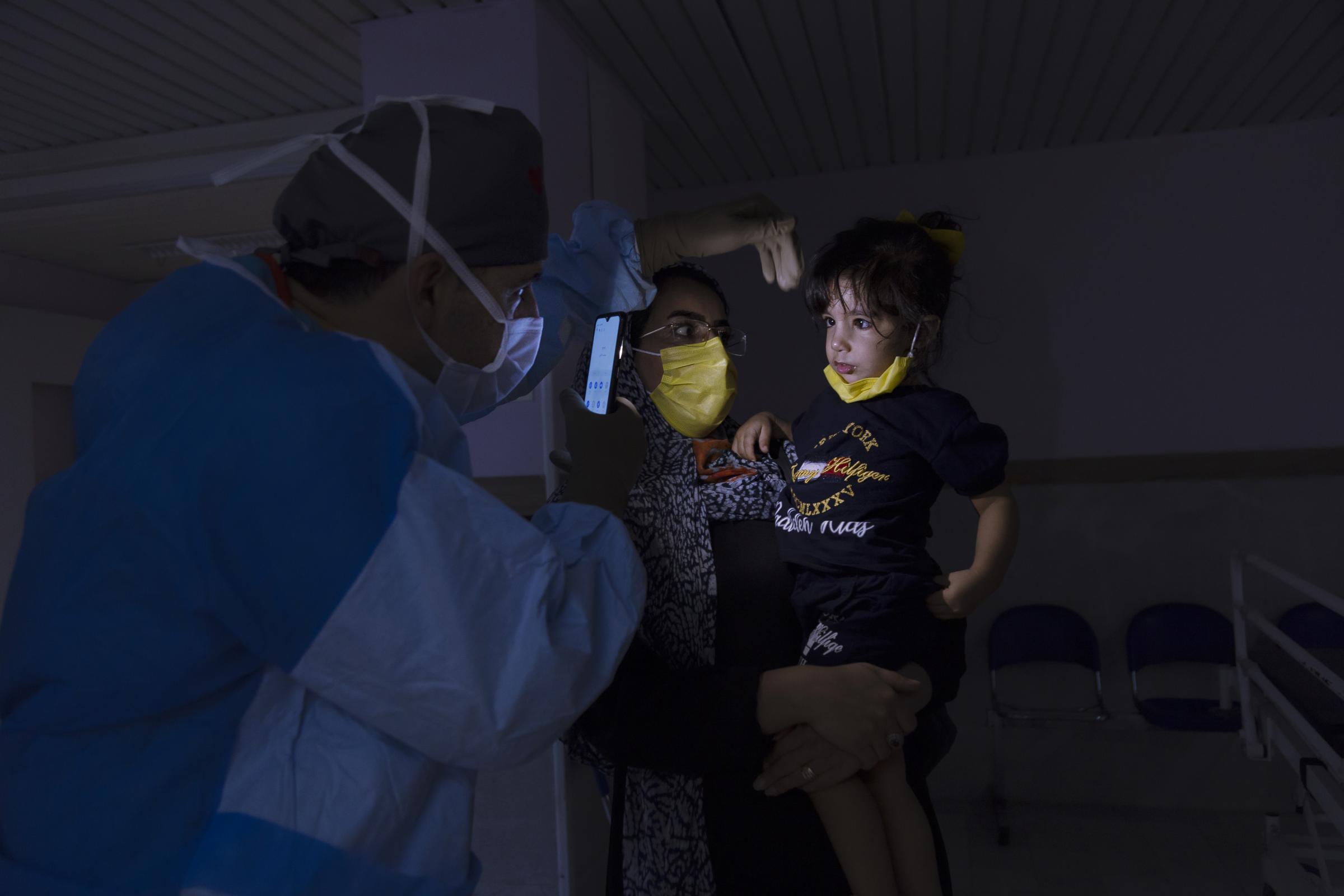 During a trip to Abarkooh, Yazd, the doctor examines a child who was brought from Isfahan. Dr. Ghaffarzadeh is the only person who was able to solve the congenital eye problem of this child. 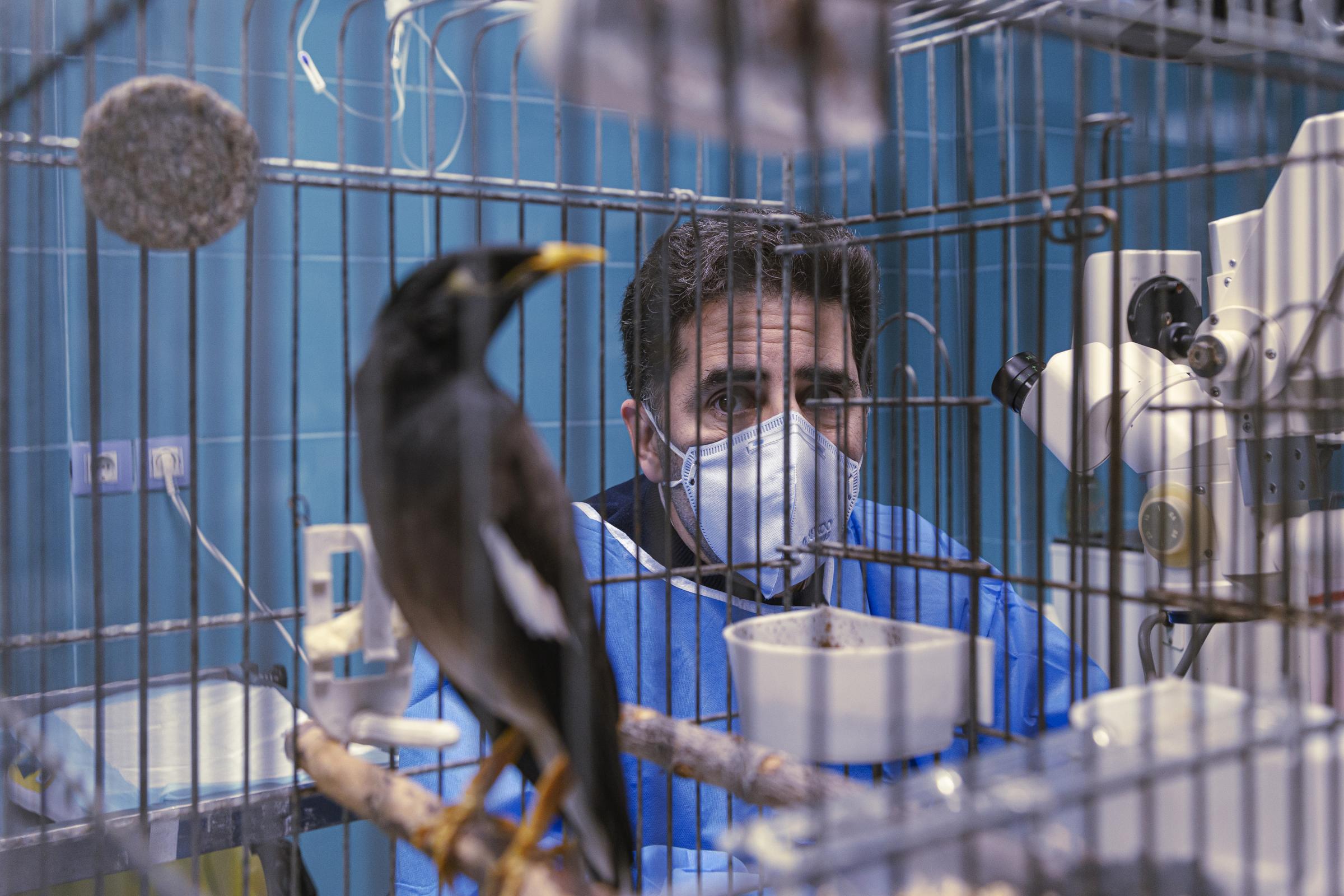 The doctor examines the enamel chicken whose left eye is blind. Enamel chicken eye surgery was performed for the first time in Iran by Dr. Ghaffarzadeh. 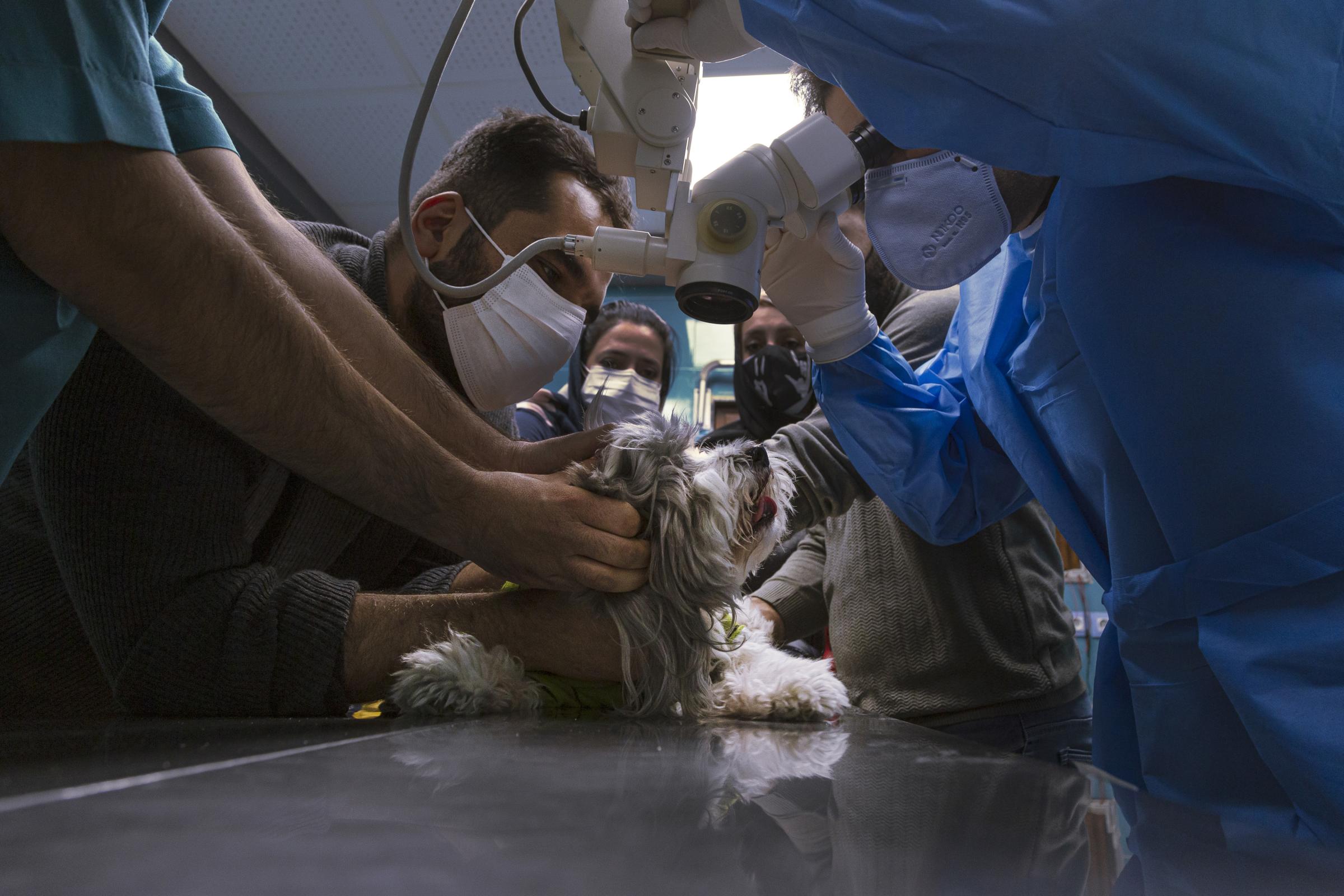 The doctor ordered the eyes of a domestic dog that had been blinded by its previous owner to be emptied. 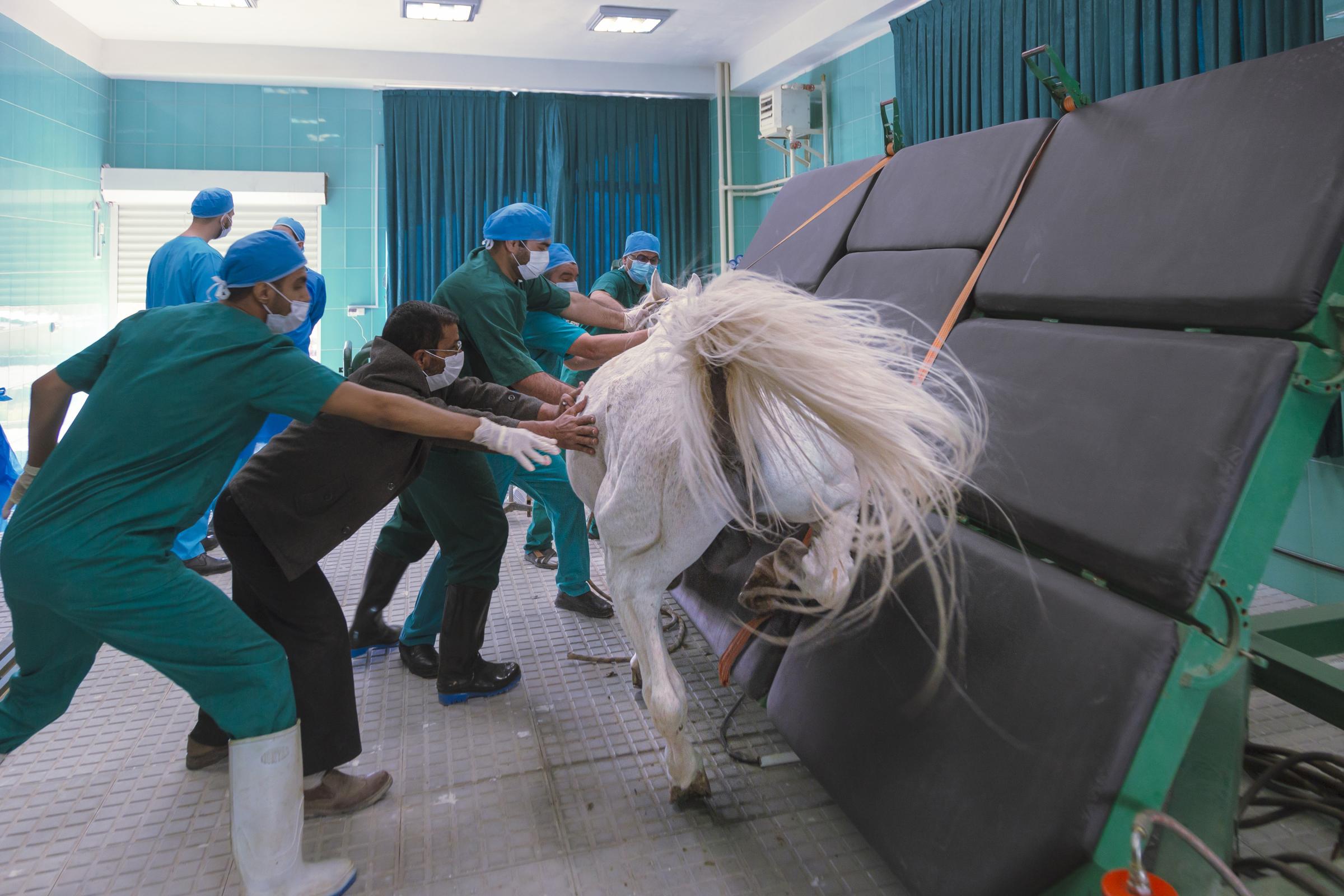 Zul-Jannah, the horse used in taziyeh ceremonies, was brought from Isfahan. Both eyes are blind.  It is scared and restless. 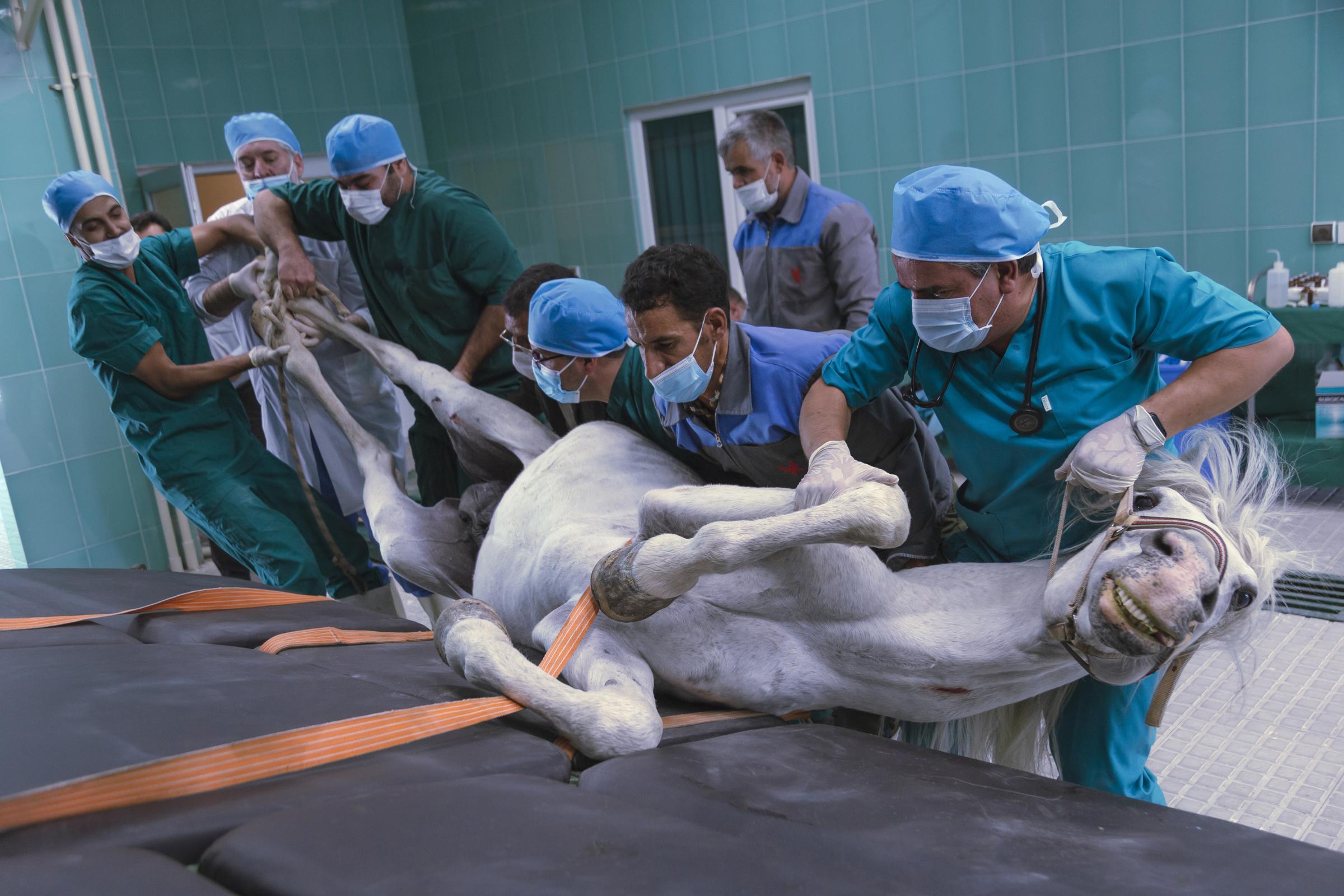 Dr. Hassanpour, a veterinarian, along with Dr. Ghaffarzadeh and his assistants, put the Zuljannah horse on the bed. 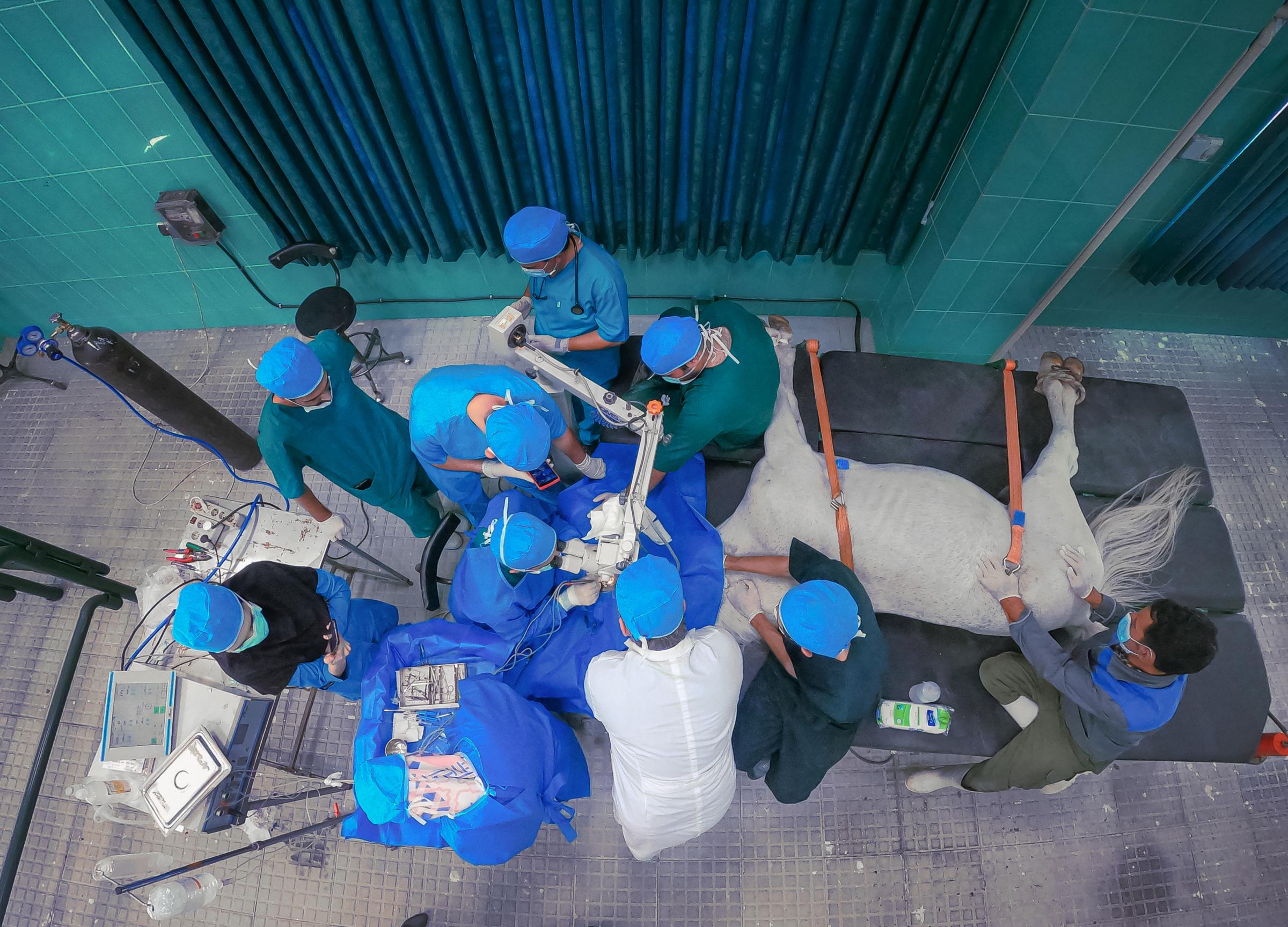 The doctor is operating on the cataract of the white horse's eye. The owner of the horse says: he took this horse to Canada but no one was able to operate on it. 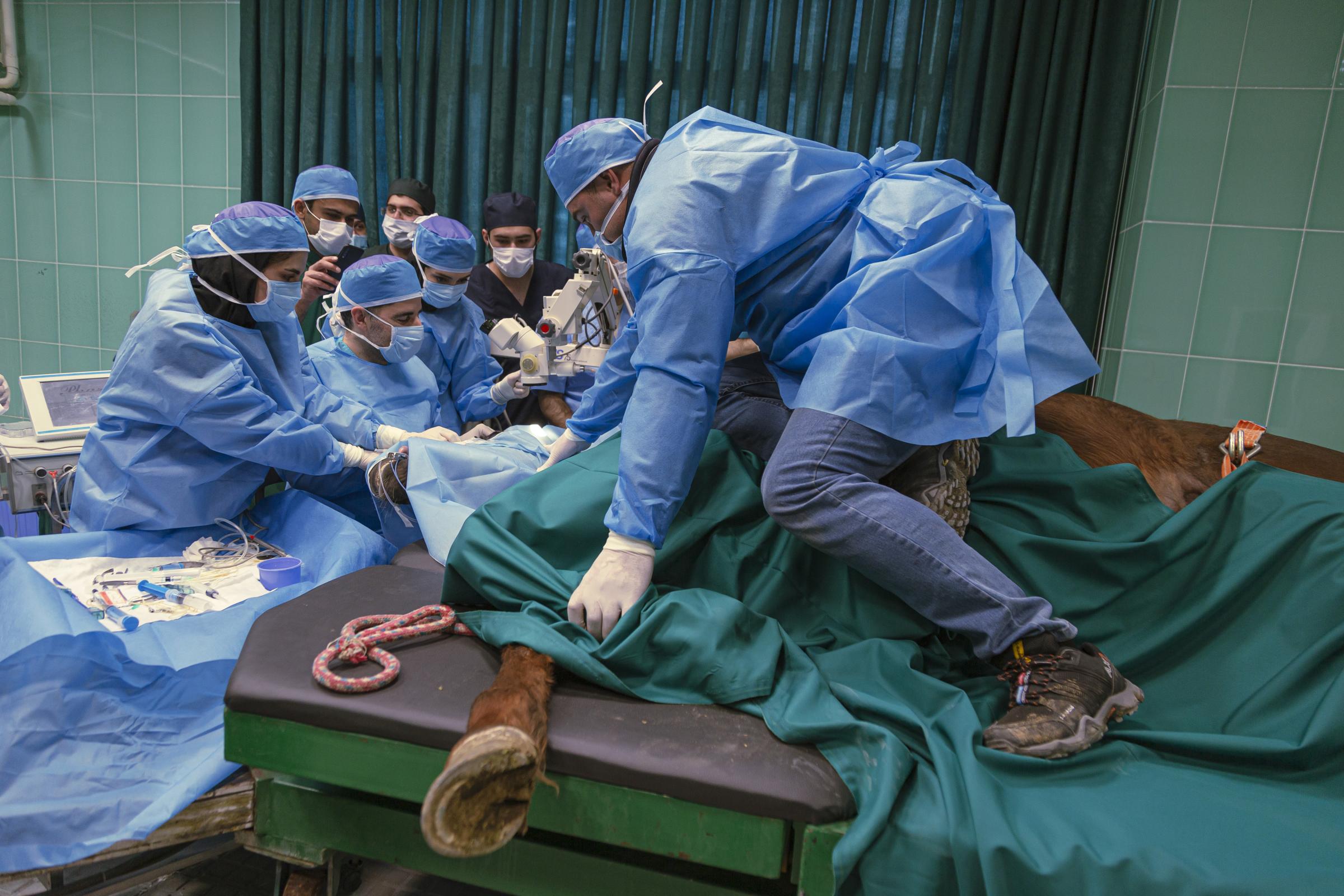 Due to Lemeh's consciousness, the heroic horse of Ardabil, during the surgery, the owner of the horse sat on it to calm his horse. 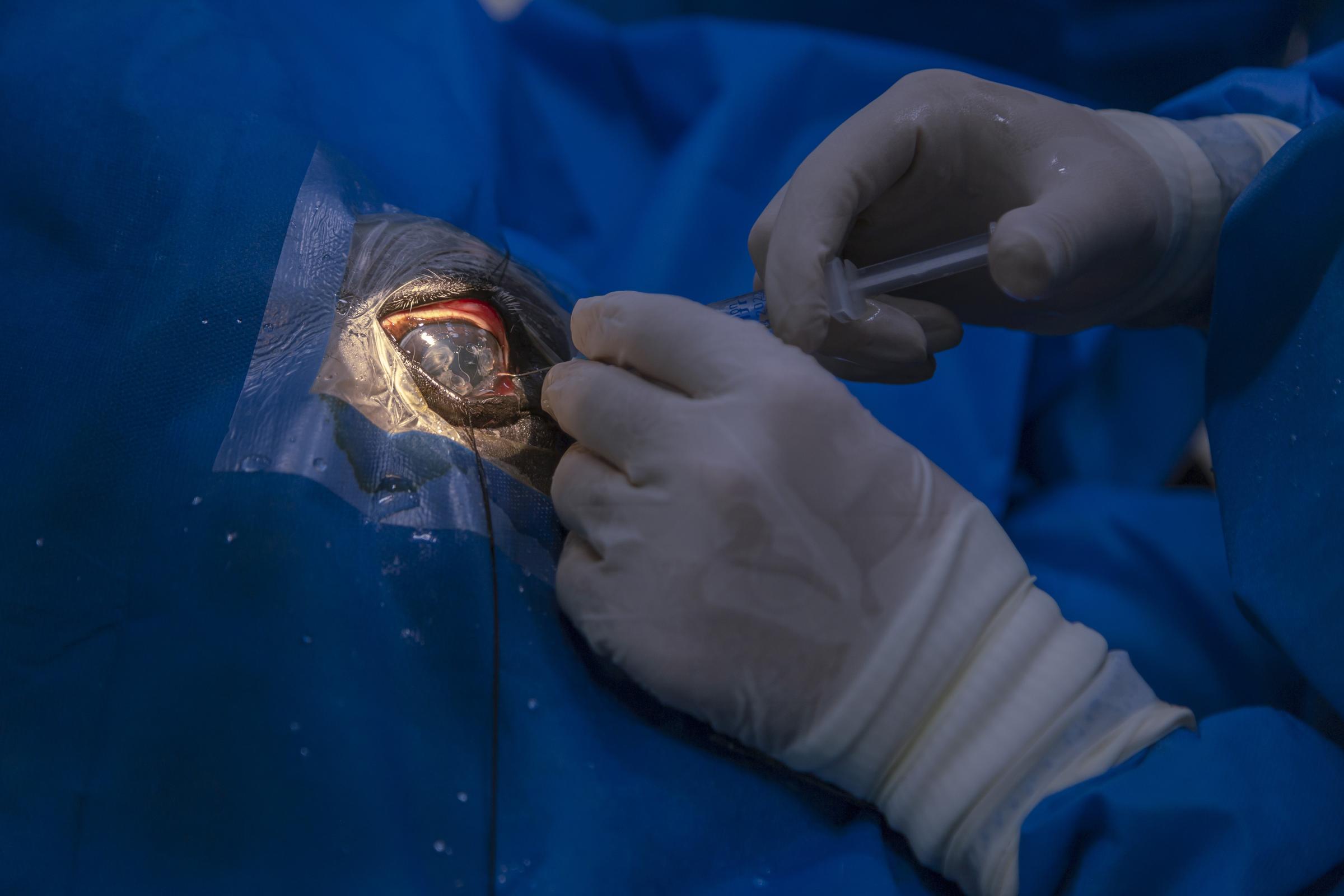 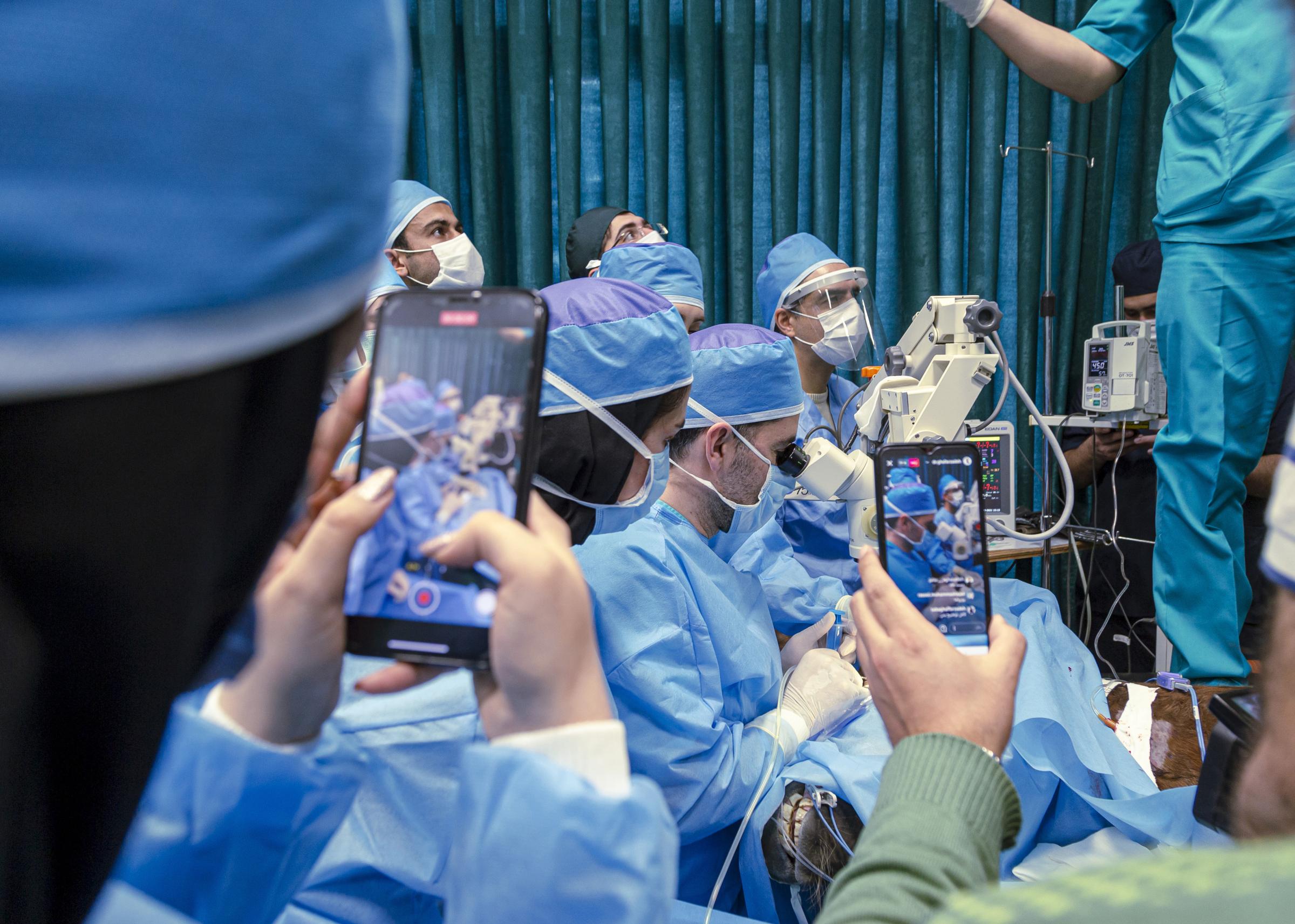 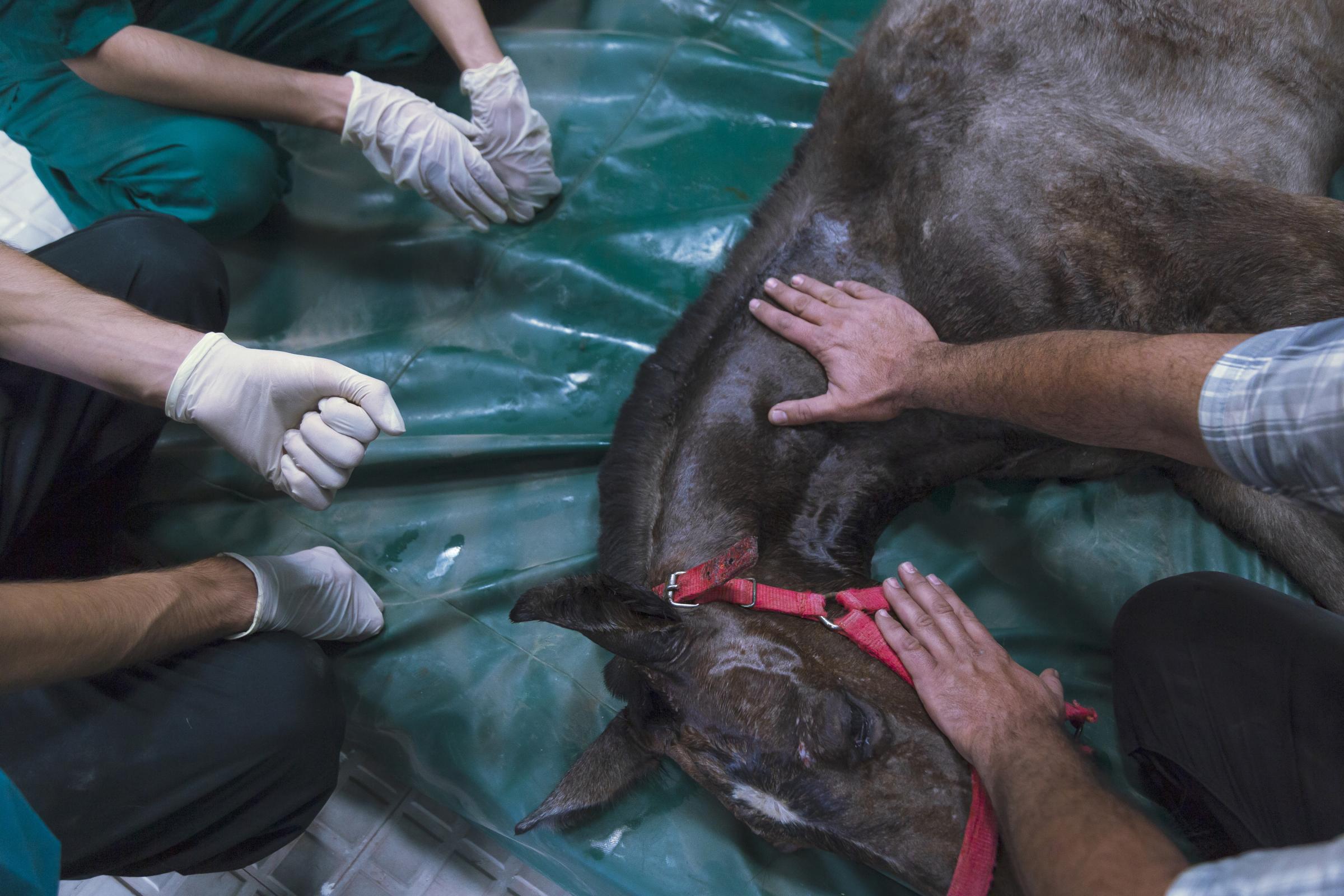 Kamand, a six-month-old horse brought to Tabriz from Iranian Kurdistan, is gradually regaining consciousness after cataract surgery. Horses wake up when they reach unconscious consciousness and lose control. Horse owner and veterinarians are waiting to put the horse to control with their hands. 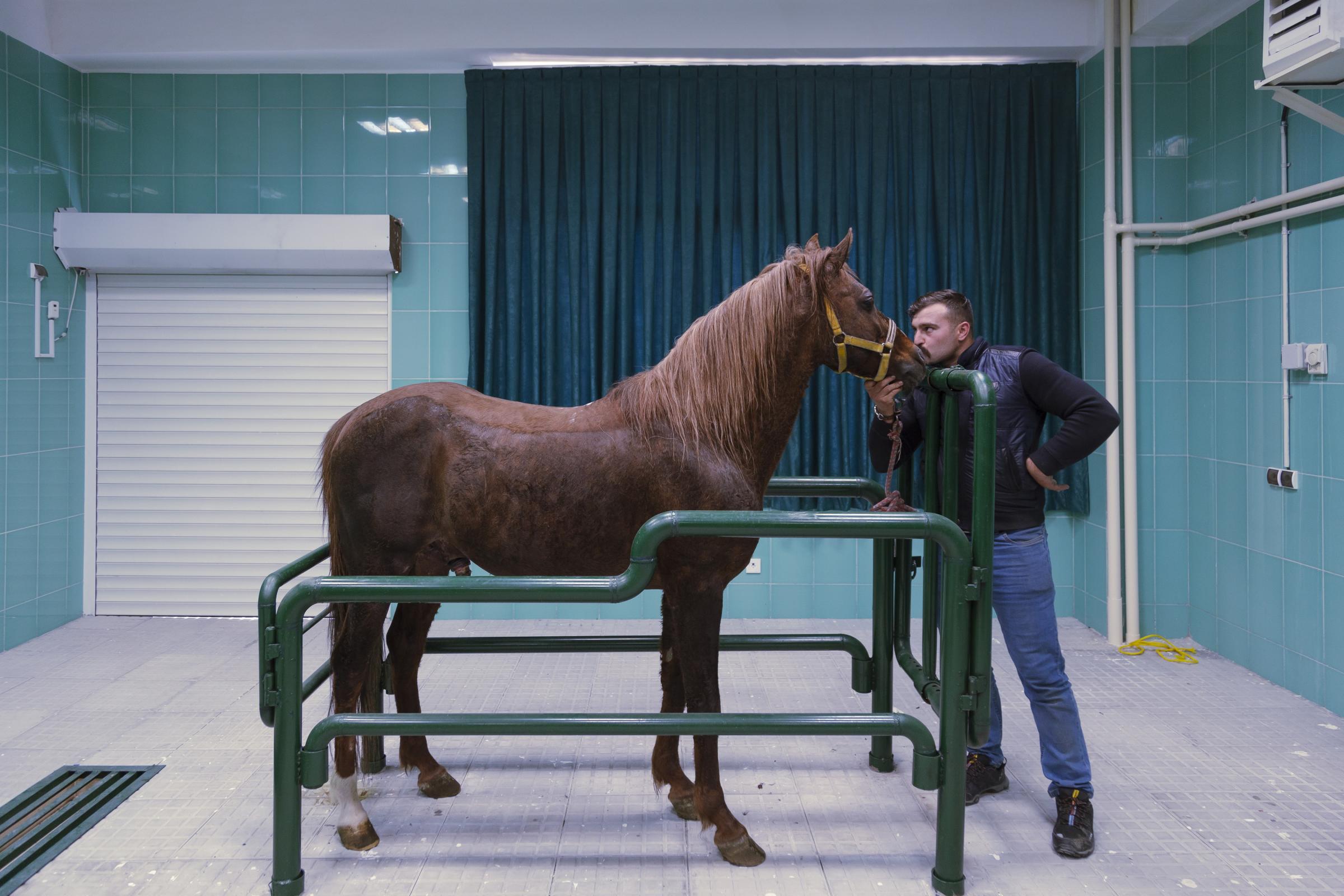 Akbar the rider kisses Lama after the operation. After improving his horse's eyes, he was able to become the champion of Iran in the first speed race. 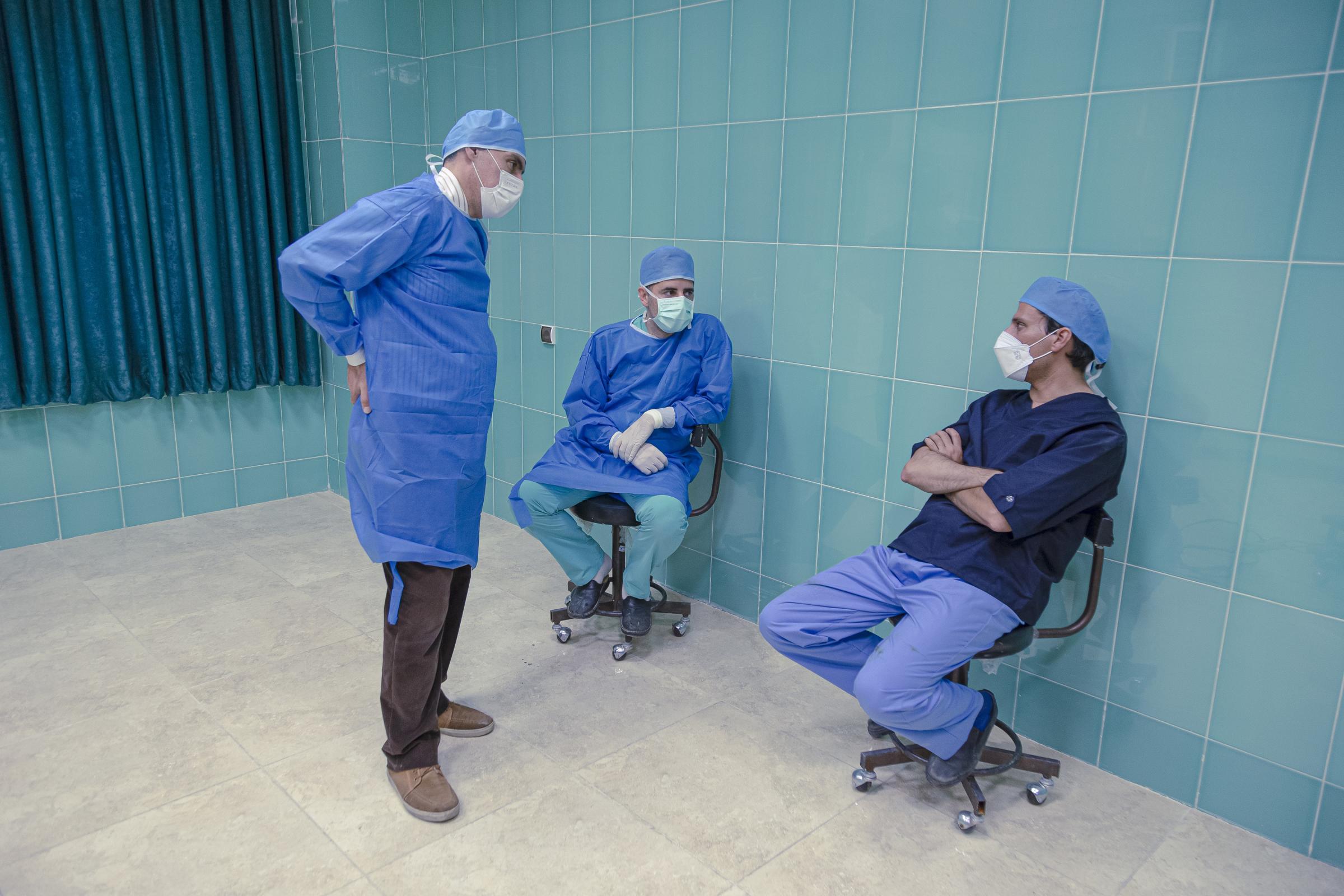 Dr. Ghaffarzadeh is resting with his assistants. The doctor is one of the record holders of surgery in Iran.